My father, throughout my whole life, has been my biggest cheerleader, encourager and motivator. 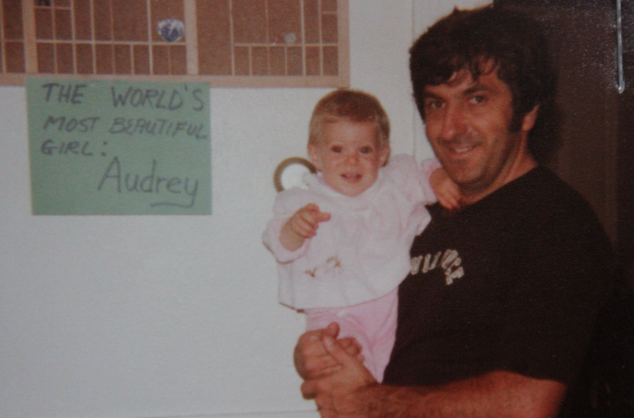 He has ALWAYS been there for me… telling me I can do anything I want.  He was like that for me, my sister and my 2 brothers. I can’t tell you what that does for a child’s self-esteem and self-worth. Having someone believe in you, well… it’s pretty awesome. You believe you can do anything, too.

My father has this “thing” he does with me and my sister. He’s been doing it throughout our WHOLE lives. I remember him doing this when I was in grade school, middle school, high school, college, when I moved to NYC in my 20’s, when I got married, when I became a mom… and all the moments in between… he tells us, “I’m proud of you.”

Recently I was having a long talk with my father about work and an opportunity that was coming up. I had been having some questions about it and I needed some advice. He listened to me go through the whole thing and then he simply said, “You deserve this. Go for it!”

It was those words that made a huge impact on me… especially because they were from my dad.

P&G’s COVERGIRL created a beautiful video for Father’s Day from the dads out there.  P&G has always believed women can change the world, and they work to help women break boundaries through the COVERGIRL #GirlsCan movement. COVERGIRL recognize that dads can play an important role in empowering their daughters to overcome barriers.  With Father’s Day this Sunday, they asked COVERGIRL Becky G.’s father and other P&G dads to honor their own daughters through a special video. The men shown are honored to raise the next generation of women who rock the world, and to them, that makes every day Father’s Day! This touching, feel-good video celebrates what makes their daughters beautiful, strong, and unstoppable. They believe their daughters’ confidence, determination, and positive outlook on life gives them the passion to do anything and to kick ‘can’t’ to the curb – for good.

My father embodies what each father has said in this video.

There’s a common thread among every single one of these dads… pure and true and unconditional love for their daughter(s).

It’s a beautiful thing that COVERGIRL has captured.

And for my father, it’s the 4 words of “I’m proud of you” that have always made my day.

Thank you for always knowing that your #GirlsCan.

#GirlsCan Because of Dad was last modified: June 14th, 2014 by Audrey McClelland