I have a love and hate relationship with cat scan days for my husband.

If you don’t know the history of my husband, let me do a quick update. In January of 2012, I took my husband to the hospital because he had immense pain in his abdomen. He couldn’t stand. He couldn’t move. It was horrific for him. We thought he had appendicitis. We ended up finding out that he had a tumor his his abdomen that needed to be removed ASAP. It turned out that the tumor was a GIST tumor. The doctor did an exceptional job getting it out and making sure there was nothing left. The surgery took a toll on my husband, but we were just happy and grateful that the tumor had been discovered and that it was out. The GIST tumor that Matt had is classified as cancerous, so we brought him to Dana Farber to be treated. In February of 2012, he was started on a chemo pill called Gleevec. This pill reduces his chance of a recurrence from 25% to less that 10%. We like the less than 10% chances better.

Every 6 months Matt travels to Dana Farber in Boston for his routine cat scan to make sure nothing is growing back. They are, for me… the worst days because I worry like a wife worries. I worry so much that I become paralyzed until I hear the news from his appointment.

In November when Matt went for his cat scan, they saw a “fuzzy spot” on his scan in his abdomen. Since fuzzy spots are abnormal, they wanted Matt to go back in 3 months to see if there was any change in it. He went back in March, there wasn’t any change. And then he went back yesterday, and there still wasn’t any growth.

Since the doctors want to make sure it’s just that – a fuzzy spot – which it could be scar tissue or a benign tumor, they might want to do a biopsy just to make sure.

I’m telling you, all of this is still very new and raw to me.

Health. It’s the most important thing that we can have and hold on to.

After Matt’s surgery in 2012, he got a hernia in his abdomen from potentially doing too much too soon. It’s the size of a grapefruit. It’s not painful for Matt, but it makes the biopsy just that much more difficult to do.

Thank you for asking how Matt’s been doing. I appreciate it!

I love my husband more than life. He is my everything and anything. He is my love. I just pray all is well. That’s all I want. 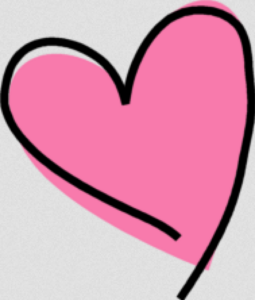 If you don’t mind saying some extra prayers, that would be awesome. We’ve come such a long way over the last 2 1/2 years… so praying for more ease and good health!