We did something I’ve ALWAYS wanted to do for my kids — we SURPRISED them with a trip to Disneyland!

I have a work event on Tuesday, so we decided to take the whole family and make a HUGE vacation of it! We came to California last year and it was a blast, so we were all excited to come back again this year… with out added addition, Victoria!

We weren’t prepared for the long security lines at the Providence airport, so we literally got to the flight with 5 minutes to spare.

The Southwest flight itself wasn’t bad at all. It was a smooth flight, the kids were FANTASTIC (thank you iPads!) and we got to Chicago 5 minutes early. I knew we only had about 30 minutes to spare before we boarded our flight to Los Angeles, so I kept prepping the kids that we needed to run to the next gate. I wanted to make sure we all got to sit with each other, too — I can’t imagine a 5 hour plane ride (at night) without sitting with everyone.

Matt told me to run ahead and get in line, so I did. As I ran up to the gate, I realized there was hardly anyone there. It was surprising because I thought a flight to LAX would be filled to the brim, not to mention… a night flight.

Then I saw the word, “CANCELED.”

Due to the shooting tragedy at LAX that morning, all flights had been canceled into LAX that night. Believe me, I understood. I actually felt better knowing they were taking precautions and just re-routing or canceling flights… but then it dawned on me, “so we’re stuck in Chicago overnight with 5 kids.”

Long story short… we found a hotel, we located a shuttle service, we had dinner at the hotel and then had everyone up bright and early at 4:30AM the next morning to head back to the airport. 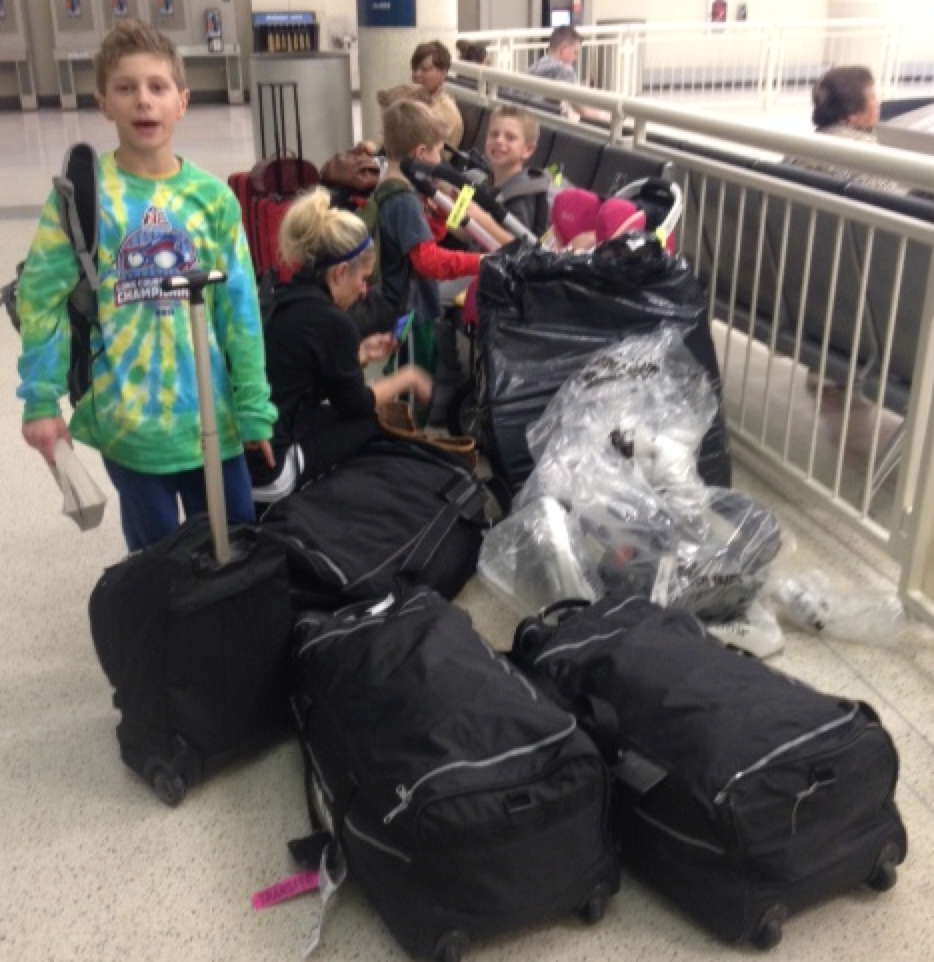 Everyone was in the same clothes (except Victoria).

Southwest re-routed us because if we flew back into LAX, we wouldn’t fly in until 8PM… we wanted to get in as EARLY as possible. We flew into Sacramento and then into Orange County.

And let me say this, I owe my children the moon and beyond… the rolled with everything and I couldn’t have been more grateful!!!!!!

Of course, they knew a trip to Disneyland was at the destination! 🙂

Planes, Trains and Automobiles to get to Disneyland was last modified: November 3rd, 2013 by Audrey McClelland
SHOWHIDE Comment (1)

Planes, Trains and Automobiles to get to Disneyland was last modified: November 3rd, 2013 by Audrey McClelland