I know all the stuff about stuffed animals and allergies and dust mites and bacterial nastiness.

I know all the stuff about trying to clean stuffed animals gone dirty.

I know all the stuff about favorite stuffed animals gone missing.

I also know all the timeless, precious stuff about kids and stuffed animals.

My 4-year old grandson Henry is the prince of stuffed animals.  Prince Henry, the Animal Keeper, I call him.  Oh, his parents try to clean, organize and even purge the animals, but Henry has a memory for each of them that’s as timeless and as precious as a kid’s love for these creatures.

Take yesterday, for example.  I stopped in for a quick visit at my daughter Audrey’s house.  Her two oldest guys were at school.  5-year old Ben was busy with a drawing he was perfecting.

But Henry… it was like he was waiting for me, waiting to take me to his magic menagerie. He held my hand as we walked up the stairs to his bedroom.  Henry is a talker, an explainer… and he was particularly explaining how his stuffed animal penguin looks just like our family’s adopted penquin, McGouto.

“Grandma,” he was explaining, “remember you got me my penguin at that place with all the fish {Mystic Aquarium} and it rained and you fell down.”

The story of the stuffed animal penguin is just as important to Henry as the penguin itself.  And yes, it was raining and as I raced to my car, carrying Henry in my arms, I tripped over a curb and went flying.  I held Henry up, up, up high and landed on my knees and we both sailed along the asphalt.  Good times.  Henry wasn’t hurt.  I was.  I had to stop at the Friendly’s across the street for bags of ice… and, of course, ice cream for unhurt Henry. BUT THAT WAS 2 YEARS AGO AND HENRY STILL CONNECTS THIS STORY WITH HIS ANIMAL.

When in his bedroom, Henry collected each animal and re-told each story.  He paused for a moment at the mermaid with the pink hair and said, “Grandma, I got this from Mommy and Daddy at Disneyland, but I’m saving it for my baby sister, Victoria.”

Henry arranged each animal.  Henry even went downstairs for 2 more animals and into the basement for 2 MORE errant animals.  When he was satisfied with his masterpiece, he asked me to take a photo. 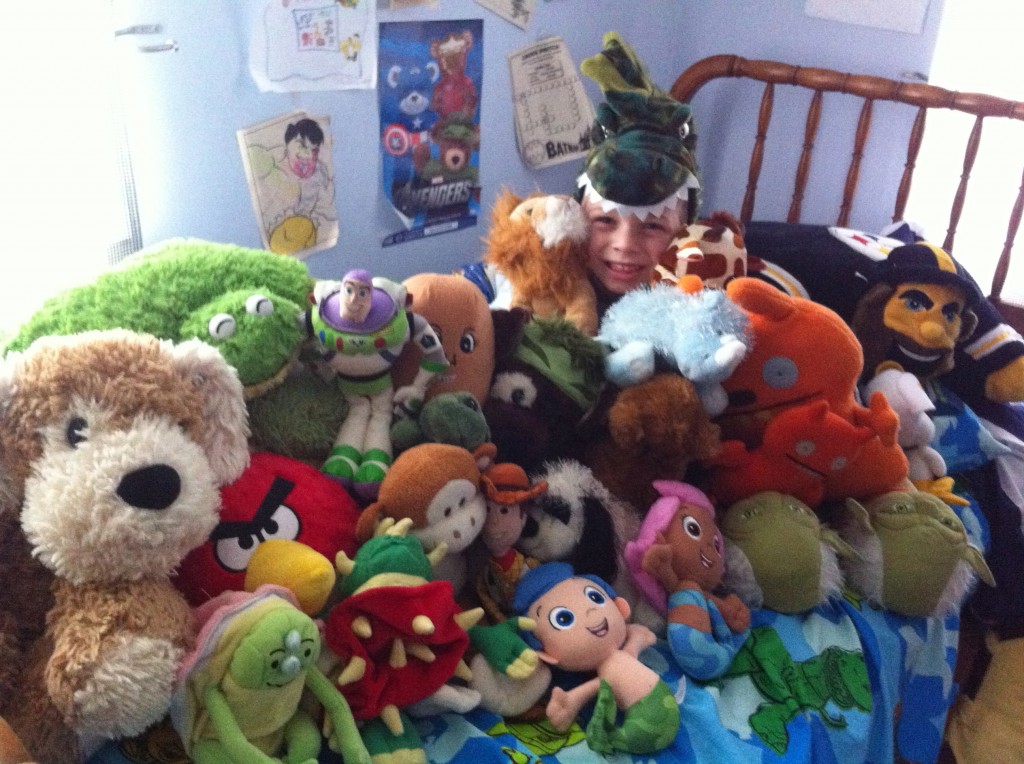 Henry then picked a very, very special animal from his collection and explained, “My brother Ben gave me this animal for NOTHING. No money, no trade, no NOTHING!”

NOTHING will ever make Henry forget the used animal love-gift from Ben. I’m sure of it… 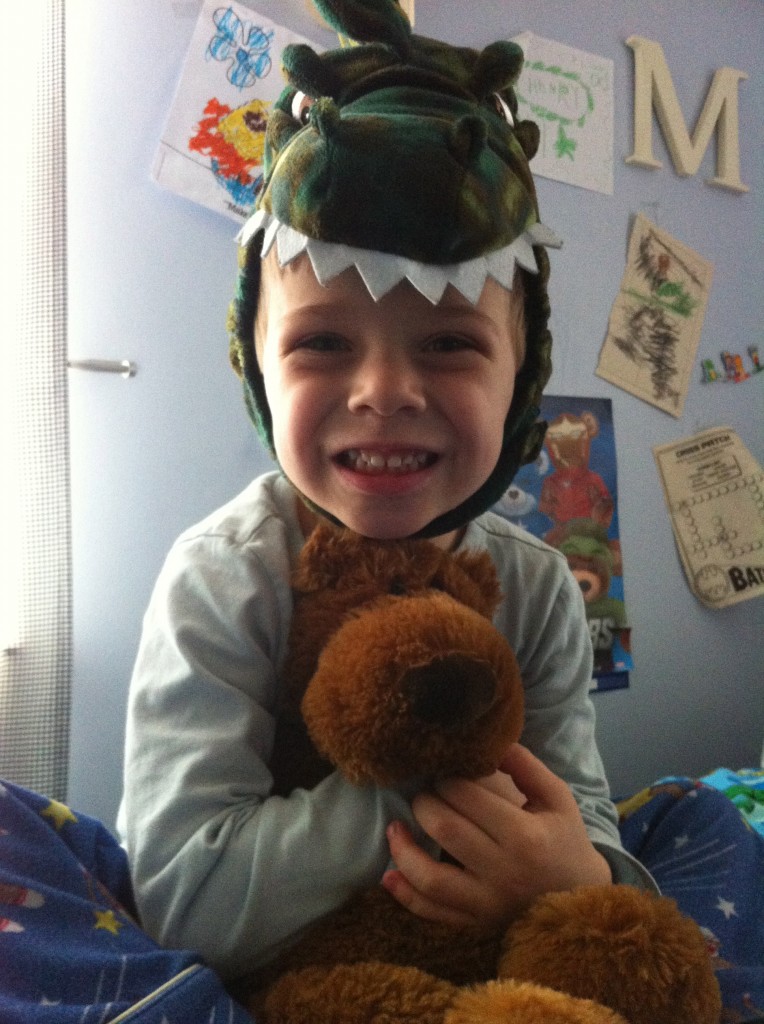 Time will march on and Henry’s animals will find new homes and new adventures.

But for the moment, I could listen to Henry’s stuffed animals stories all day long…

Henry and His Animals was last modified: March 13th, 2013 by Sharon Couto