Daily Diary: A Boy and the Balancing Act of his iPad over Breakfast

On Monday night the boys were fighting like crazy over their iPads. “Santa” brought each of them one for Christmas this year, but we’ve been having issues with some of them forgetting to charge them up when they’re running out of power. So while we were out to dinner on Monday night, Ben was upset because he was the ONLY one at dinner without an iPad. Nobody would share with him and it REALLY started to upset me. Not to mention, the boys were so glued to their games, nobody was talking at dinner… one of the times I cherish with the boys to recap our day.

So I banned ALL tech gadgets – iPad, Nintendo, XBOX and computer for 3 days. I told them on Friday morning they could get everything back.

It was as if I took away food. Literally.

It made me realize just how connected and addicted the boys have become, something I need to fix.

Anyways… long story short, I told them last night that they could play games in the morning, but that was it for the day.

Not surprising, all the boys were UP before me and Matt this morning. As I came downstairs, I saw Henry at our kitchen table eating cereal and drinking milk (thank you William for helping him out!) while watching a video on his iPad. 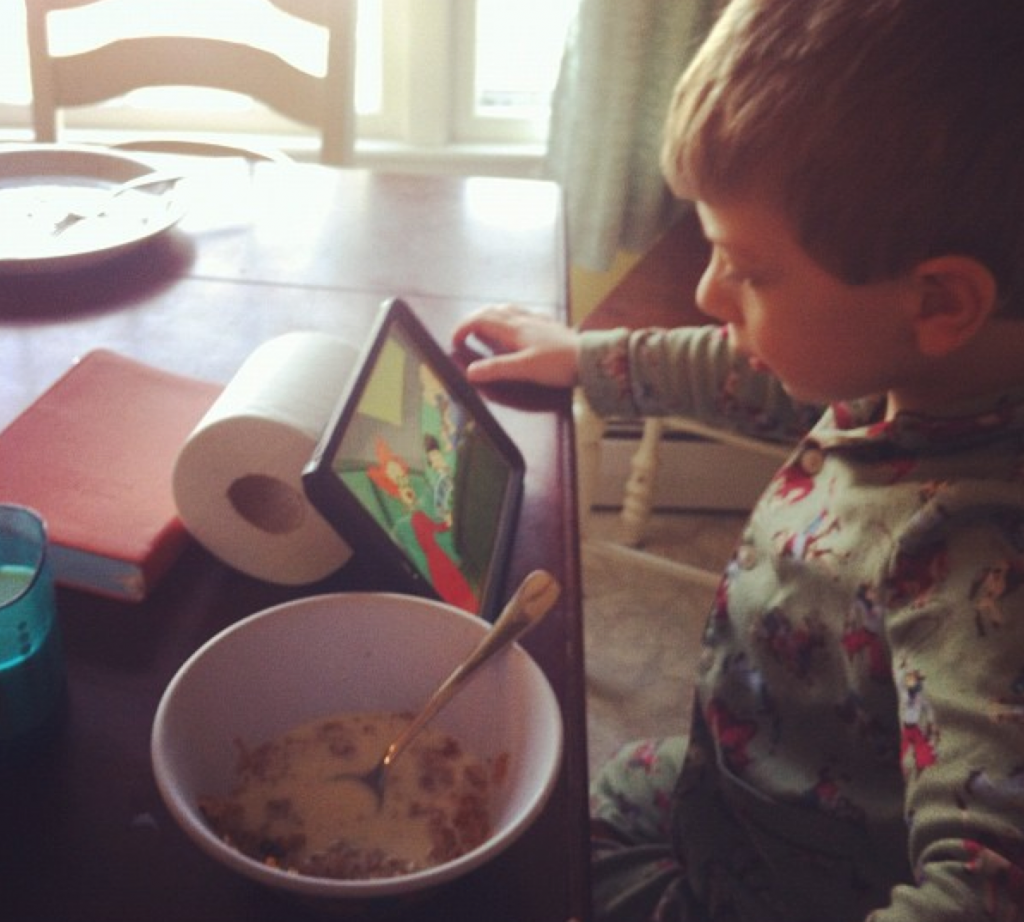 Balancing it on my personal MomAgenda with ALL my appointments and deadlines and a Charmin roll. Little resourceful bugger!

Daily Diary: A Boy and the Balancing Act of his iPad over Breakfast was last modified: March 22nd, 2013 by Audrey McClelland
SHOWHIDE Comment (1)

Daily Diary: A Boy and the Balancing Act of his iPad over Breakfast was last modified: March 22nd, 2013 by Audrey McClelland