4 1/2 years ago, I laced up a pair of my daughter Jane’s old running shoes and headed out my back door, just to be able to keep up with my 4 adult kids, their spouses and my 9 grandchildren. It was just about dark; dark so no-one would see me. Little did I know on that early September evening that running would become a very, very important part of my life.

My time to think.  To challenge myself.  To pace myself.  To breathe.  To grab every single bit of the universe around me.  To talk to myself, sing to myself, laugh at myself.

I think all the time about beginning running later in life.  Could I have been a good runner in my youth?  I was an active kid, as active as girls got in the 1950’s and 60’s.  I trudged through woods on great adventures with my friends. I went sledding and swimming and bike riding; and roller skating with those metal skates with the key.  I’ve got a brand new pair of roller skates, you’ve got a brand new key!

I played basketball and softball on my traveling junior high school teams.

But running?  That’s something I did to get to a friend’s house for some plan or other.

On my first evening of running, I barely got around a short block from my home.  I was breathing heavily.  I was exhausted.  I was exhilarated.

I haven’t lost that exhilarating feeling of running since that night.  If it’s possible, that feeling has multiplied a million-fold.  It took me a few months to find the courage to run a real race, a 5k in Narragansett; but with my family of fans, I crossed that finish line like the winner of the race.  Running is like that.  Each finisher is a winner, first – last – or anywhere in-between.

All because of that one September night of running.

Then there’s the other part of running at 60.  Like yesterday.  I headed from my home with just my warm gear and running shoes.  No electronics (except my cell phone).  No watch.  No water bottle.  No gels.  No set path. I didn’t know if I was going to run 2 miles or 10 miles.  This freedom of body, mind and soul is almost indescribable.

It’s these days, these runs that make me feel 12 years old again.  Running becomes an adventure.  I headed toward town, but decided to take the bike path instead.  I could hear the ducks talking; I could almost understand what they were saying.  I could almost feel the ripples of the water… 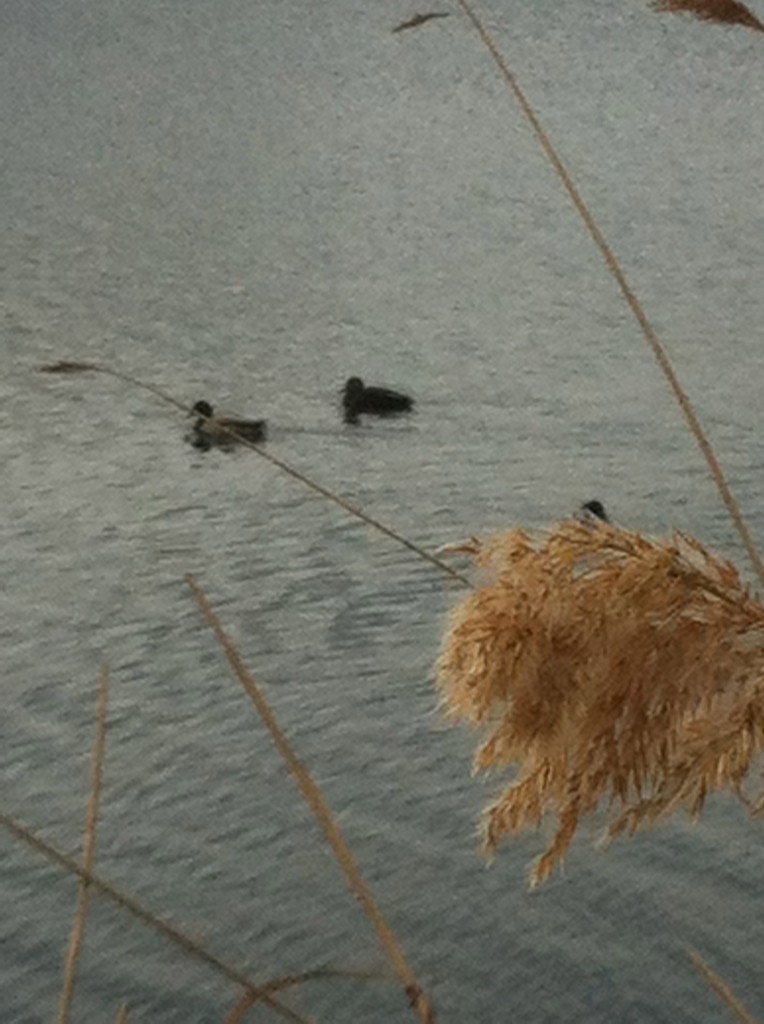 I stopped to take a photo.  Because I could.  Because my run was for me on this day, not for a time or pace or training (which, by the way, I also love because I love competing against myself!).

I ran along the bike path until I came to a forced decision; tip-toe through it or turn around.  I decided to smash my running shoes into the crunchy snow, like I would have at 12… 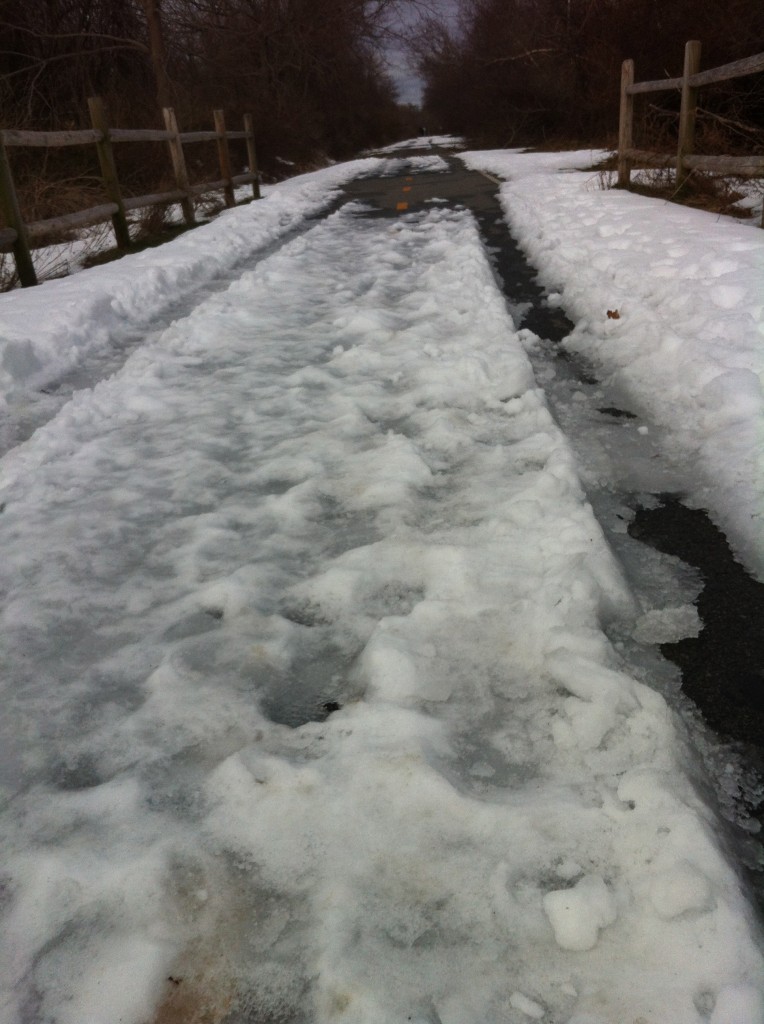 I headed toward the park.  It was cold and windy, and even the geese huddled together to grab a bit of warmth… 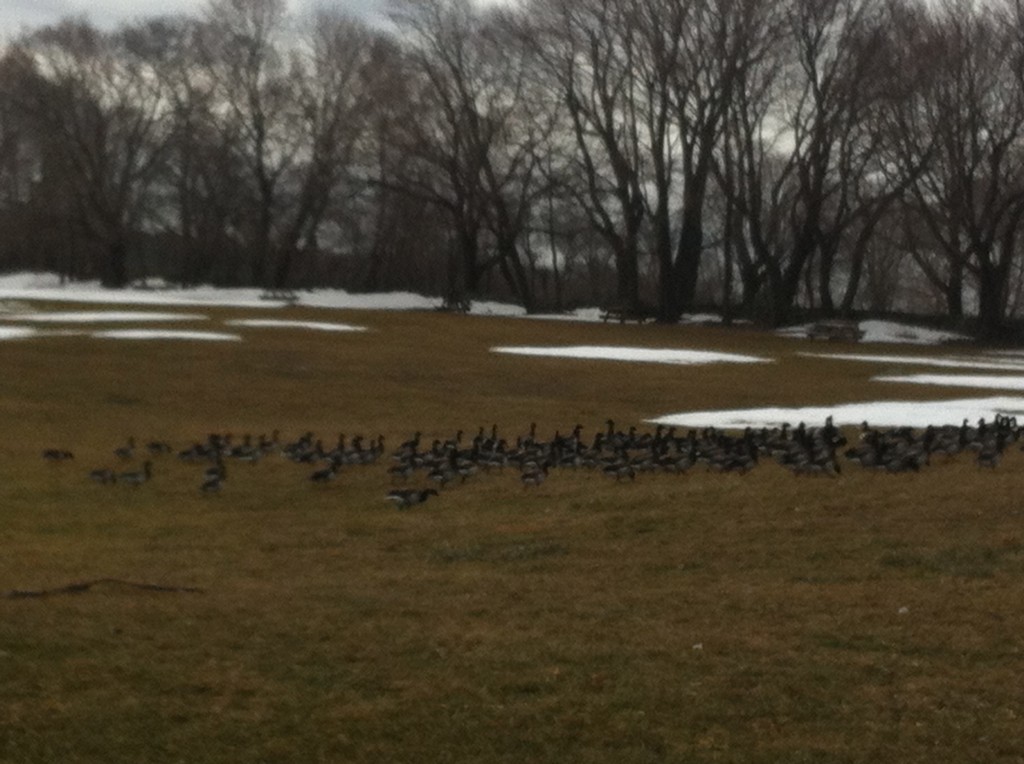 The peace of the day was so lovely.  The pace of my run was so perfect.  I had no perception of my fast or my slow.  I was going at the pace of the universe.

I turned around somewhere after the geese and ran down a grassy hill toward the old stone bridge.  There, in the calm of the pond beyond, a few people were knee deep in water, almost slow-motion in their quahogging or clam digging… 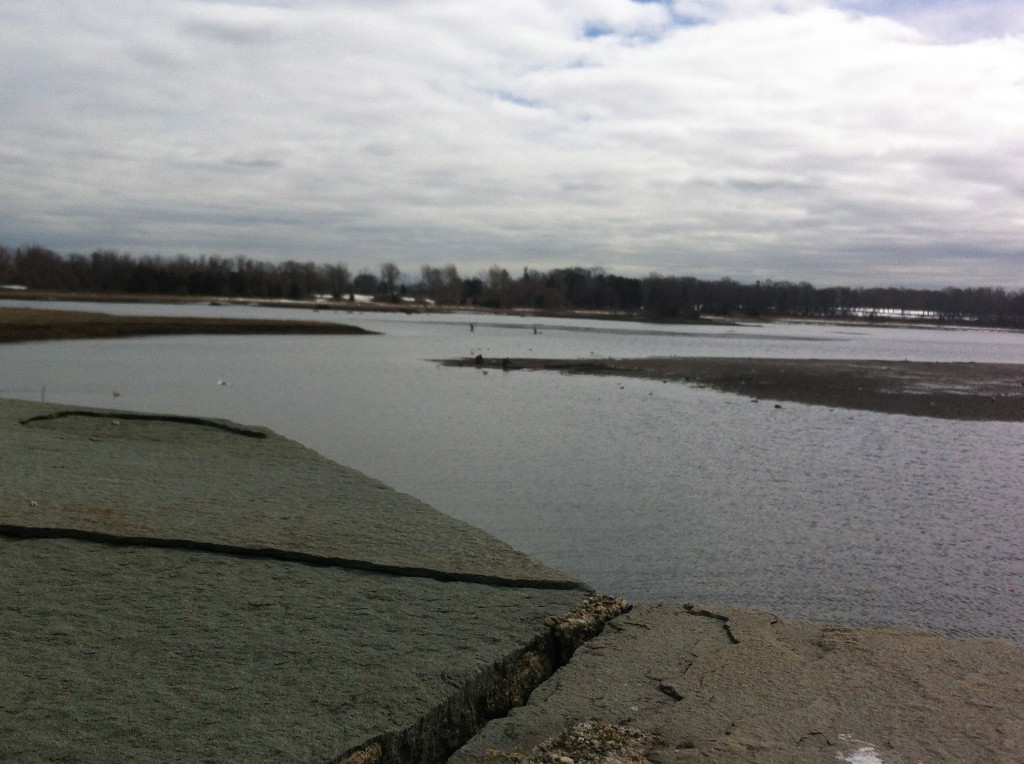 Running at 60.  Running where my legs bring me.  Stopping when my mind wants to grab a piece of joy.

Pacing my life and my soul.

Not giving a hoot who sees me!