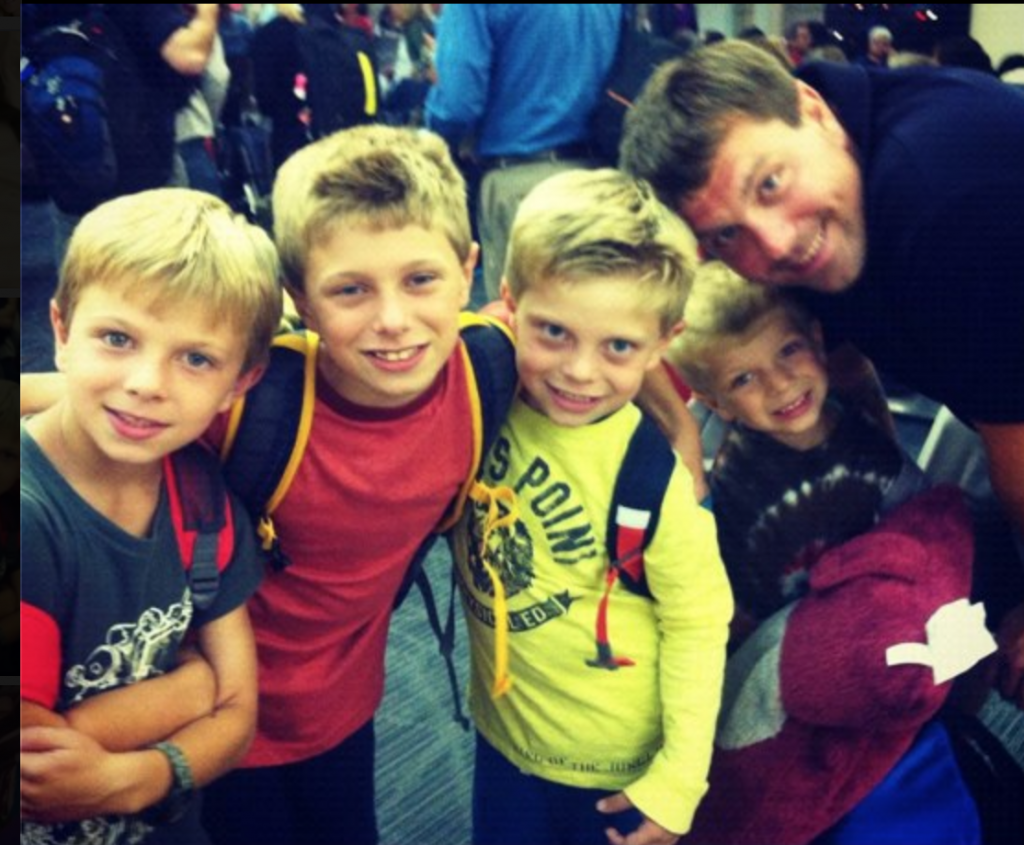 It rained ALL afternoon and on top of that, Matt and I were in our small studio apartment in NYC (that we had just moved out of) painting it white for the next tenant. I remember sitting there looking at the clean, white walls and thinking… it’s like we’re kicking off 2004 with a new blank slate.

We had BIG dreams for that year. We wanted to start a family, that was our ultimate goal and dream for 2004. Little did we know that just 2 weeks later we would find out that our William was on the way. It made 2004 a VERY good year, a very, very good year.

Well… you were a very interesting a year.

I’ve always been a half glass is full kind of girl and truth be told, as I’ve gotten older (and wiser) I’ve only surrounded myself with people who are the same way. I just feel like life is just too short to be around people who aren’t in your life to enhance it or make it fun or make it happy… or simply help make it worth living.

I could look at 2012 and say it was a tough year, but in all actuality… it was a year of growth and learning and a year of counting our blessings.

2012 kicked off with my husband in the hospital where we discovered he had a GIST tumor, which they classify as cancerous. It scared the HELL of out me. Scared me more than I care to even let myself remember. I remember looking at my big, strong, handsome husband and thinking… this can’t be. But it was. We did every single thing we were supposed to do to get him better. He did the surgery to get the tumor removed. He got put on a chemo pill, which will reduce the chances of a recurrence down to less than 10%. And we prayed. We prayed hard and long and good.

I wasn’t expecting 2012 to start off that way, but it did. And it needed to be dealt with head on and full speed. And we did.

And (in all honesty) it was the best possible thing in the world.

Professionally… there were some crazy-amazing things that happened in the spring of 2012. My best friend – Vera Sweeney – and I were asked by P&G Beauty to be in their Spring Editorial that would run in Redbook and Oprah’s Magazine. Talk about PINCHING ME SILLY. We shot the campaign in November of 2011, but the issues came out in March, April and May. It was an insane moment to see our faces in these major magazines. You know, you work so hard with your head down and just swimming forward, that you sometimes forget to stop and smell the roses or truly see and capture the moment of something awesome. It was incredible to be able to do that this time around.

As Matt got better throughout the spring, we made a huge decision… we wanted to try for another baby. It was something we had always talked about, but as Henry kept getting older… the idea of it happening kept looking like it might not. But in June of 2012, we decided to go for it, to celebrate life. On July 11th, 2012 I got the blessed news that I was pregnant! We were OVER THE MOON!! It was a wonderful time to be pregnant… my sister was getting married, the weather was gorgeous, the boys were ecstatic, it was just a wonderful time. We unfortunately lost the baby in August. It was tough to digest, but I had to believe and know that everything that happens is meant to be. And as tough as it was to process this loss, on the same day it happened… my husband got a clean cat scan at Dana Farber.

Talk about the craziness of life.. we went from a low low, to the highest high.

September brought our first family vacation to L.A. and to Disneyland with our WHOLE family! It was amazing seeing the magic of Disney for the 4 boys, all together.

And then Halloween brought something amazing and something so wonderful, I thought my eyes were playing tricks on me. 2 beautiful pink lines on a pregnancy test. I had to take 3 more just to make sure I was seeing the “right” thing.

With all this going on… the best thing about 2012 and about life is that we just had to live it.

The one thing I’m 100% taking away from 2012 is… there’s nothing more important in life than your family and your health.

I can honestly say, I LIVED this year. I lived big.

Bless everyone for an amazing 2013!