Daily Dairy: What Happens When you have 3 older Brothers…

I’ve always said that Henry’s going to be the toughest brother of all.

The boys don’t torture him (in particular), they just love to get a little rise out of each other.

Last night Matt took the oldest 2 guys to swimming… so it was just me, Ben and Henry. Henry had fallen asleep on the couch watching a movie, so I didn’t want to disturb him, he looked so peaceful. I went over to put a blanket on him and noticed an ORNAMENT hanging from his ear! 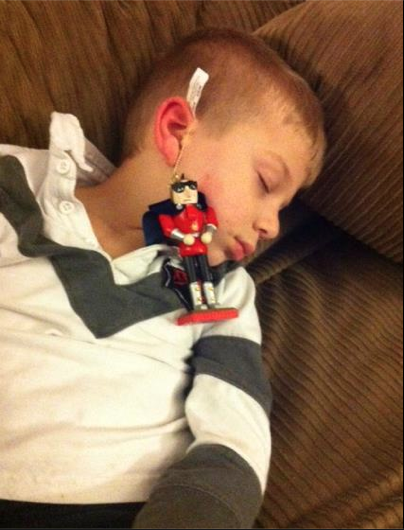 He had know idea.

I ended up finding out it was William.

Yup, William better watch out.. Henry’s gunning for him.

Daily Dairy: What Happens When you have 3 older Brothers… was last modified: July 9th, 2015 by Audrey McClelland
SHOWHIDE Comments (0)

Daily Dairy: What Happens When you have 3 older Brothers… was last modified: July 9th, 2015 by Audrey McClelland