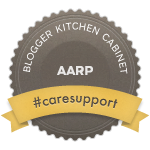 Try to remember what’s lost as your loved ones age…

My father-in-law, Joseph Soares Couto (name unofficially spelled “Curts” during immigration process), was born in Providence, RI, in November of 1914.  Joe was the youngest, by many years, of 4 children. An older brother had died as a child, but as the story goes, his two much older sisters doted on “Little Joe” (little and short!) like he was the only child ever born.

As a very young child, Joe showed an interest in music. He was given lessons in playing the drums, and the rest, folks, is history. Joe became a local drumming legend, and by high school graduation, after attaining just about every Providence, Rhode Island and New England music honor, he was offered a college scholarship…

This was no small feat for a kid whose parents had immigrated to the Fox Point section of Providence from the Azores. But Little Joe had bigger plans. New York City. Glen Miller.  Benny Goodman.  Yup. Joe went to the Big Apple, and he played with the best of the Big Bands, returning to Providence only to court his girlfriend, Florence…

After Flo and Joe were married, they headed back to New York City together. These would be the years that Flo would talk about in awe for the rest of her life. The City. The nightlife. The musicians. The excitement. But the War, and responsibilities back in Providence, forced them to come home. Joe played lots of “gigs” locally, but when Flo was expecting their first baby… well, Joe was given “the lecture” by family and friends that he had to find a “real” job.

By day, Joe wore his green uniform to Narragansett Brewery, where he washed beer bottles alongside his Dad. At the Brewery, Joe was known as “Ne-Hi”, yet another reference to his height. There, Joe was a guy who washed bottles for a paycheck and a pension.

By night, Joe wore his impeccably tailored black tux, bow tie and shiny black shoes… known as “Joe Curts”, the drummer, the entertainer, the legend, the master of Swing.

Joe played these two roles for years, decades; washing bottles by day in his green uniform, making his drums come alive 3-4 nights a week in his black tux. And after Joe retired from the Brewery, he still played his drums into his late 70’s, until it became too difficult to pack up his drums for his gigs.

When I first met Joe, I was kind-of surprised at his demeanor. My husband Barry is very demonstrative and affectionate. His Dad, Joe, wasn’t.  Joe was a, “Hi. How are ya?” kind of guy.   He wasn’t a hugger.  He didn’t compliment easily. My mother-in-law Flo would remind him to hug or say something nice about dinner.  Maybe all of those early years of being doted on just left him a bit, well… lost in the giving department.

But the first time I saw Joe on his drums, I couldn’t believe my eyes. Joe laughed. He swayed. He tossed his sticks in the air. Music was IN him.  Music WAS him. He made the music come alive. He was born to entertain.

I grew to love Joe very much. We had a perfectly nice relationship. I began to hug him, and he hugged me back. I called him Dad, which I know he loved. We danced together at Barry’s and my wedding to In the Mood! He actually told me once that he loved me. It was the day my daughter Audrey was born, 6 weeks prematurely, and he came to see her in the Intensive Care Nursery. I will never forget that moment. I will never forget his love/care for me, for his son Barry and for our tiny little baby girl in the great big incubator.

When Joe “retired” from music, he spent his days reading, completing crossword puzzles (a near genius at it!), and slowly losing himself. When visiting my in-laws, I often thought of Joe’s love of music, his love of entertaining, and of his great, great loss of music in his life. This loss was profound.

My mother-in-law Flo would be Joe’s primary caregiver until he suffered a debilitating stroke in 1994.  Joe required nursing home care, as he had lost much of his mobility and much of his speech.  Joe died in February of 1998.

Most of all, though, Joe gave me the gift to recognize the things LOST as our loved ones age.  Getting Old means giving up things that we sometimes don’t feel emotionally ready to give up.  These things – these passions, these talents, these hobbies, these gifts, these activities are often what sustain us.

Joe gave me the gift of patience when listening to elderly people (as we sometimes call it) COMPLAIN about how life used-to-be.  It’s most-times not complaining, as much as longing, of missing, of lamenting, of remembering.

Sometimes we must try to remember what our elderly loved ones have LOST as they age.  AND LISTEN.

This being said, I know that the challenges of Caregiving are not easy.  I know.  *I am a Caregiver.

I am one of the 40% of family caregivers who feel I had no choice in taking on my caregiving role.  My vibrant, independent Mom aged before my very eyes; one of the most difficult things I’ve experienced. Caregiving can be daunting, isolating, emotional and, at times, overwhelming.  The stress, time and worry take their toll.

Caregiving is such a timely topic that entire websites are dedicated to helping Caregivers in their daily lives. I look to AARP in seeking out tools, reassurance, confidence and support from others who are on a similar journey.

I need these tools and I need this support.

But when I sit still, I hear Joe’s swing.  I see his scene.  I feel his groove.  I understand what he loved.  I know what he lost in old age.

And I thank Joe for leaving me with not only the memories of his music, but with a great life CAREGIVING lesson as well…

*As one of the approximately 3 out of 4 boomers who caregive, I am honored to be among the Kitchen Cabinet Blogger Advisory Group for the AARP (http://www.aarp/caregiving) and Ad Council Launch (http://caregiving.adcouncil.org/) of the new National Multimedia PSA Campaign, letting the more than 42 million caregivers in the United States know they are not alone, and offering resources and support.