It was the most powerful and meaningful campaign I have ever done in my life because we stood in remembrance of our cousin Cathy Holden, and in honor of all the women and men touched in some way, shape or form with Breast Cancer. There wasn’t a dry eye between the 3 of us during this photo shoot, it was that impactful and that important for us. 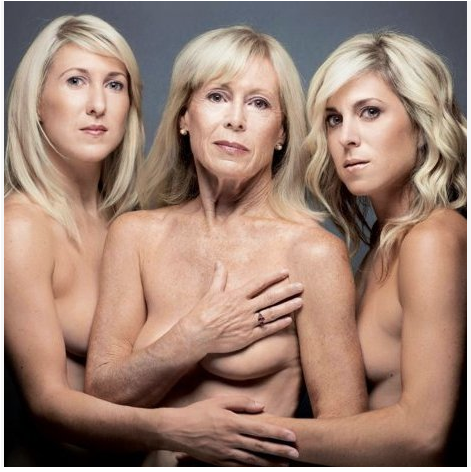 8 weeks after this photo shoot, Estee Lauder held an event at Bloomingdales in NYC where they unveiled all the photos they captured of various digital influencers and had a beautiful gathering. Evelyn Lauder herself was there and I had the opportunity, along with my mom and sister to chat with her about all that she had done and all that she hoped to continue to do for Breast Cancer Awareness… it was a beautiful moment in time for me. 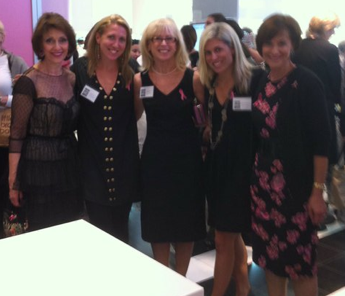 This year, the Breast Cancer Awareness campaign celebrates “20 years of COURAGE – past, present, future” by launching the first global, collaborative, and interactive Timeline application on the BCA Facebook page. It will feature courageous individuals worldwide sharing their own personal milestones and encouraging messages of how they’ve been touched by breast cancer. ELC has always focused on the promotion of health and prevention through education and research. We understand how important it is for us to pass on these prevention tips to our mothers, daughters and generations to come.

I encourage you all to join in celebrating the 20th anniversary.

Share YOUR milestone on BCA’s Facebook Timeline application today and believe in a world without breast cancer.

You can also join the conversation on your other favorite social media networks such as Twitter, Instagram and Viddy using #BCA20, which will be pulled into the app as well. Viddy has even created a special pink video filter in honor of this year’s campaign.

Join The Estée Lauder Companies in the fight against Breast Cancer by sharing your milestone today! was last modified: July 18th, 2017 by Audrey McClelland
SHOWHIDE Comments (2)

Join The Estée Lauder Companies in the fight against Breast Cancer by sharing your milestone today! was last modified: July 18th, 2017 by Audrey McClelland