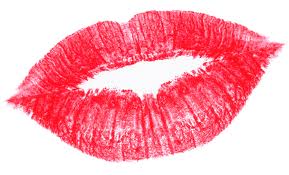 12 years old to me was A-line and pleated skirts that hit just above the knees and warm knee socks as I headed out to the bus stop on chilly mornings… skirts that were yanked up and folded over several inches at the waistline to reveal more than knees, to say the least; and knee socks that were ditched into my book bag as soon as my home and parents were out-of-sight.  Mini-skirts and bare legs were my rite-of-passage into adulthood, which was 13… 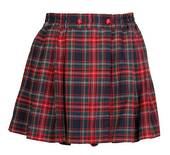 12 years old to me was staying after school with girlfriends to play basketball or softball or for theater practice (ah, The Frog Prince. A Frog Prince, A Frog Prince, I’ve never heard of a Frog Prince.  A prince is always charming, a frog is so alarming.  I still know the lyrics.)… and sneaking, giggling like the schoolgirls we were, into the boys’ lavatories with those 12-year old girlfriends to see just what was so different IN there.  Oh BOY, was it different with all those urinals all lined up with no semblance of privacy.  Yuk.  “Boy” discovery was my rite-of-passage in adulthood, which was 13…

But here I am.  On the brink of 60.  Feeling blessed, but feeling that I’m approaching some invisible line back into childhood.  Of sorts.

(Sure, I’m a responsible, mature grown-up who knows how to behave.  Kind of.  But “something’s happening here, and what it is ain’t exactly clear“…)

My catharsis or epiphany came about this past Wednesday in the oddest of ways in the oddest of places, but with all the right components… at the Fashion Forward Conference in NYC.  I was there with my daughter Audrey, who co-founded and co-hosted the event, and with my daughter Jane, who, like me, was an attendee (*whom both became “models” at the last second).  My 4-year old grandson Henry was also there with us, a model in the Kids’ Fashion Show at the same event.

Part of the event were two panels of incredibly successful and inspiring women and men, and the Keynote Speaker, Jill Herzig, Editor-in-Chief of Redbook Magazine.  Jill touched upon many topics, including the beginning of her career at Cosmopolitan as associate book and fiction editor.  Jill spoke with great respect and admiration for Helen Gurley Brown, author, publisher, businesswoman, pioneer and Editor-in-Chief of Cosmopolitan magazine… including the little tidbit that Ms. Brown wore mini-skirts and thigh-high boots well into her 70’s.

I came of age with Helen Gurley Brown.  And during Jill’s presentation/speech, with thoughts of turning 60 churning around in my head… I announced to myself yeah, I’m gonna wear mini-skirts and thigh-high boots when I turn 60.

*And the “modeling” thing?  Well, Jane and I were asked to fill in for two Mom-Blogger women who couldn’t make it to the event at the last moment… and being the great sister and Mom we are, we knees-wobblingly obliged.  With the modeling thing came make-up, as in a make-up artist, and my make-up artist dressed my otherwise taupe, nude, beige lips in red.  RED.  Like I cannot believe my lips are RED red.  It took a moment… but somewhere in that moment of studying the RED of my lips, I announced to myself yeah, I’m gonna wear RED lipstick when I turn 60…

At the same event, I HAD to make a quick decision to run into the Mens’ Room to change my from my “model” clothing into my clothing.  The Ladies’ Room was overflowing with women, I was supposed to be watching Henry, I knew I had to carefully fold/hang/return my “model” clothing asap… so I went for it.  I knocked first, hoping to avoid total embarrassment inside, waited a moment and entered.  TO FIND A MAN IN THERE.

But ya know what?  I knew that man… Mitch from Gay NCY Dad, and he was graciously funny about my unexpected entrance.  It wasn’t at all like sneaking into a Boys’ Room with giggling girlfriends.  It was like… oh, I need to use this space, too, and I kinda know all about the boy/girl thing anyway, and yeah, I’ll be doing it more often!  (Thanks, Mitch, for the laughs and inspiration!)

Two weeks from today, I will turn 60, and I’ll be doing some outrageous things… like using Mens’ Rooms, wearing red lipstick, mini-skirts and thigh-high boots… and many, many more, I’m sure.

I’m on the brink of my rite-of-passage back into childhood… where fabulous and fun adventures were around every corner.

(Oh, did I mention that I’m spending the morning of my 60th birthday at a PLAYGROUND with Barry at the Renegade Playground Challenge?  Totally OUTRAGEOUS!  AND I’m running the Marine Corps Marathon with Runner’s World Challenge on October 28th, 3 weeks into being 60.  OUTRAGEOUS squared!)