My Travel Guest Blogger Liza Corbo of Cira’s Lyrics dishes on Turtle Talk! One of the coolest parts of the #DisneyInHomeBlogger trip I have been telling you about, was getting to attend the Turtle Talk with Crush in Hollywood Land at Disney’s California Adventure Park. 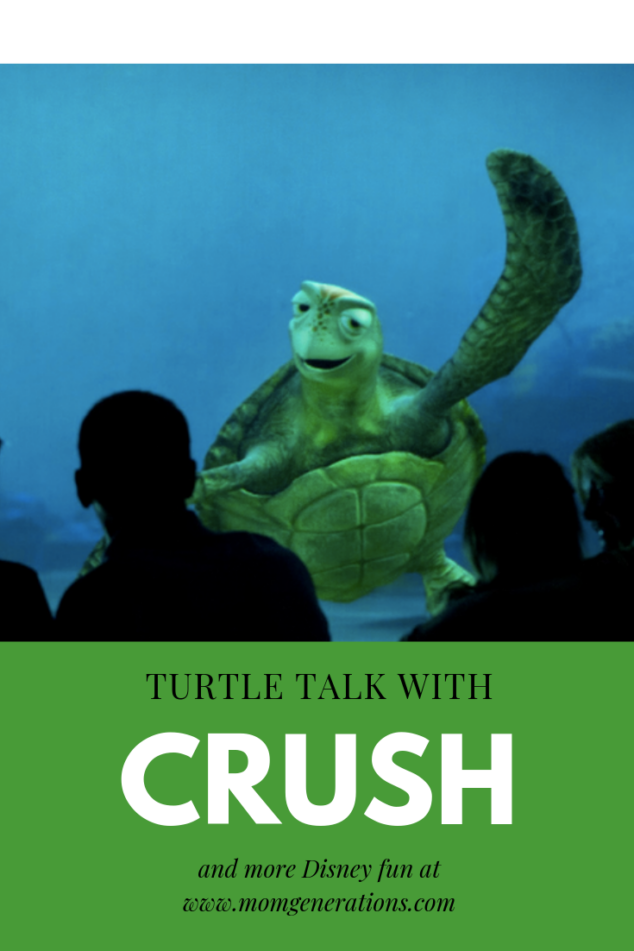 What is Turtle Talk with Crush? 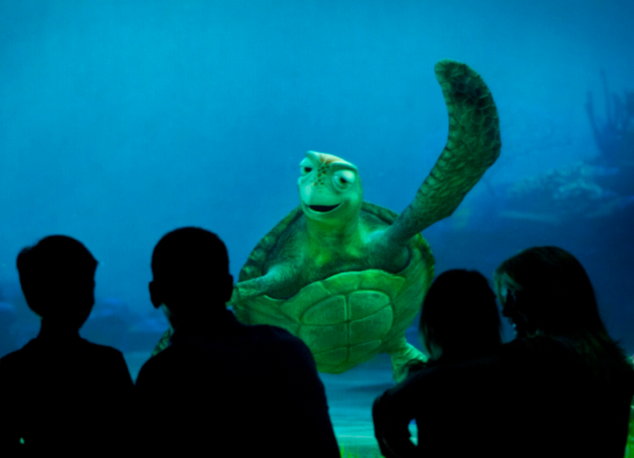 Shoot the Breeze Under the Seas

Got a burning question for Crush? During this live 15-minute chat, you may get ask it.

Take a seat at Turtle Talk theater and watch as the turtle from Disney·Pixar’s Finding Nemo swims up close and personal with guests. Through the amazing technology of the hydrophone, he can communicate directly with land-based dudes and dudettes about almost anything that’s on their minds.

Ask him about marine biology, his friends from the sea, his favorite foods, life on the East Australian Current—it’s totally up to you!

He may also introduce you to his pals Marlin, Nemo and Squirt—plus new friends from Disney·Pixar’s Finding Dory.

The show is improvised, so it’s different every time. It’s an ocean full of laughs for all ages!

We sat down in a small theater and got to have an in-depth chat with Turtle Crush, the sea turtle from Finding Nemo and Finding Nemo 3D. It was amazing to get to engage in live, unrehearsed conversations with Crush. Not only was he talking to us, but he joked around and could even recognize some of us.

He gave out special names to some of us… like upon hearing Leanette say her name, he renamed her Laguna Leanette. Someone asked just how many kids Crush had, and he told us he has 65 kids! The names were hilarious… Crush said he had 35 Crush Jr’s… and that Keanu is oldest and he loves to surf the point break. We were laughing the entire time. I thought my kids would be in awe of this attraction.

Crush closed out our interview by telling us “Whenever life sends you a totally gnarly wave, ride it and it will take you to where you are meant to be”

I even got my very own photo with Crush at the end.

Here is a small clip I took at the start of our interview with Crush!

Check out more from Disneyland in CA!!