For the last month William’s been real close to qualifying for New England Age Groups in the 25 yard backstroke. I mean, so close that we’ve almost been able to taste it. I felt so bad because 2 weeks ago when Matt was still in the hospital, William had a swim meet in Newport and he really wanted to make the cut so he could surprise Matt with the news. He was off .32 of a second. The time was 21.00 and he had a 21.32. He was a little bummed after he got out of the water, but being a typical 7 year old – he bounced back in 2 minutes and just wanted his Nintendo 3DS.

Well, yesterday I didn’t even want to bring up making the cut again, so I said nothing.

And you know what? He did it.

This is the photo of him finding out he DID IT! 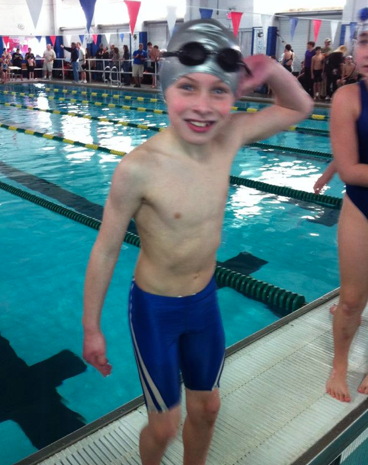 And the best part?

My husband was there.

So off to Harvard we go!