Oh, man… I was melting away.

To prepare for the big PICTURE DAY… I took the boys to get haircuts this weekend.  Their hair was getting a little bit too long, and it need some whacking down.  Literally… it needed to be chopped.  It was getting so long.

Then last night, we went through the boys’ closet to find the perfect shirt for the photo.  William chose a Ralph Lauren polo (the same one Alex wore on the first day of school) and Alex chose a polo with his initials on it.

We woke up early this morning… William and Alex showered and did their hair.  They dressed.  They looked PERFECT!

I even got a little teary-eyed when I went up this morning to see how they were progressing along and William was in the mirror practicing his smile.  I melted.

(This was William practicing before we left for school…) 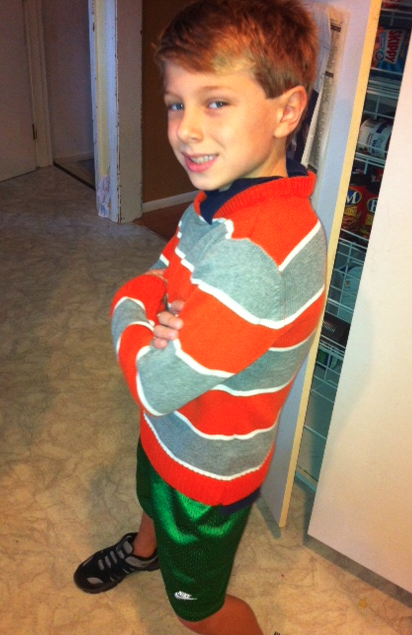 I’ve been wondering how photos went all morning. So you can imagine my delight when we got a phone call from school asking if we had the forms for photo day filled out.

I missed that memo.

Just when I think I have it all together…

Matt drove back and dropped off the forms, so now… we’ll see. The forms were so late… lunch and recess have already happened. So – in all honesty – the photos… they’ll be REAL, not staged photos of my guys. 🙂