Benjamin didn’t have the easiest morning… his asthma was acting up (which I hate), so I promised him this morning when he was feeling better that I’d take him to Target and get him a Piggy Bank. It’s all he wants. He has 2 dollar bills and he just wants somewhere to put them. (He had one before, he decided to put Nintendo DS games in it and we had to break it to get them out.)

So… it’s 10AM. I told him I was going to get dressed and ready to head out, and I told him I’d dress him as soon as I was done.

He decided to dress himself this morning… 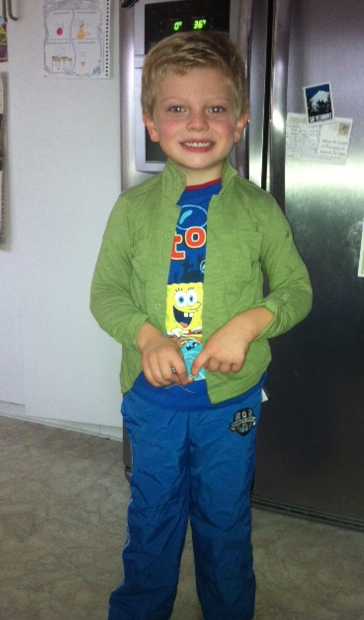 Handsome as can be.

And ready to go!