Everyone’s 9/11 story is different and very personal.  I’ve heard so many people ask over the last 2 days, “Where were you on 9/11?”  It’s become a moment in time that is frozen. 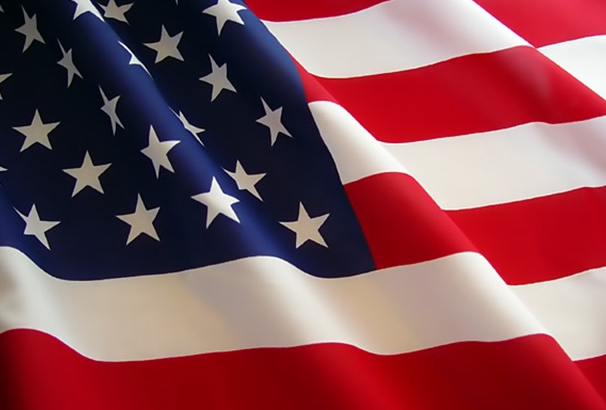 Matt and I got married on June 30, 2001.  We were living in NYC at the time on 76th and Broadway.  We were making barely enough money right out of college to cover our rent and food bill, never mind get to do any traveling.  During the time leading up to our wedding, we kept going back and forth – “Do we stay in NYC or move to RI?”  We knew we wanted a family, and just weren’t sure if City life was the way we wanted to raise our family.  So we decided to take some time off of our “work life”… something that was very much not like us… and take 2-3 months to figure out where we needed and wanted to go.

With our wedding money, we left NYC on August 1st, 2001 to travel around the country and figure it all out… we had gone to Washington DC, Pittsburgh and New Jersey by the end of August and we were about to head out again on more adventures, but then 9/11 happened.

On the morning of September 11, 2001 we were in Bristol, RI staying with my parents.  I woke up that morning to the phone ringing, it was my mother.  I could tell she was nervous on the phone, and she told me a plane just hit one of the World Trade Tower’s and asked if we knew anyone who worked there. She knew our friend Dimi worked downtown and just wasn’t sure where he worked.  At that moment, I wasn’t thinking terrorist or anything like that.  In all honesty, I thought it must have just been a fluke.  I remember waking Matt up and telling him, and us both coming downstairs to watch the TV from my parents living room.  By the time we got downstairs, the other Tower had been hit.

We stood there in horror.  We knew 2 guys who worked in the Trade Towers that we went to college with – Ray Rocha and Paul Sloan.  Dimi worked downtown, but not in the Towers. What was going on in the world?

And then the Pentagon.

And then the plane down in Shanksville, PA.

I don’t think I left the TV for 3 full days.  Watching the stories.  Watching the people.  It was horrifying.  It was beyond tragic.  But I couldn’t stop watching.  We called everyone we knew in NYC over those days to see if everyone was safe.  We called our old offices to check in.  We offered to do whatever we possibly could.

And horribly, Ray and Paul lost their lives that day.

Over the next few weeks after 9/11 I was terrified to visit the City.  I didn’t want to leave the small New England town that my parents lived in.  I wasn’t sure if I could ever go back.

I don’t know what changed over the few months, but around November of 2011… I knew there wasn’t any other place I wanted to be.  NYC.  I loved NYC, it was why I moved to NYC 2 months after I graduated from college.  I always thought it was one of the most inspiring places on earth.  Matt and I didn’t want to give up on NYC, we wanted to support it.

The City was still very raw.  I do remember that.  And I will say, I was scared to take a subway… in all honesty, I didn’t take them.  I was that scared.  I took a bus to work every single day or walked.  To me, it just felt safer.  To this day I’m still scared to take the subway in NYC.  But we just felt like we needed to go back.  Needed to be there.  And we stayed in NYC through 2005, bringing 2 of our boys into the world in NYC.

9/11 was a ripple effect for so much more… so much more that we didn’t know about back then.

It became personal when one of our best friend’s joined the Marines in 2004 because he felt a higher calling and a true sense of honor and duty to defend our country.  Dimi was 29 years old when he enlisted.  He was killed on November 29th, 2004.  That’s when it became more and more personal.

We named our 2nd son after Dimi… Alexander Dimitri, our “Alex.”

Everyone walks away with something.

I’ve been sitting here all morning watching the news and it still makes me sick to my stomach and still makes the tears come down.  I don’t think that will change.

9/11 took something away from all of us… loved ones, a sense of safety, friends, innocence. May we never forget the heroes of that day.  May we always, always remember…