So! Yesterday was QUITE an exciting day. Brian proposed! 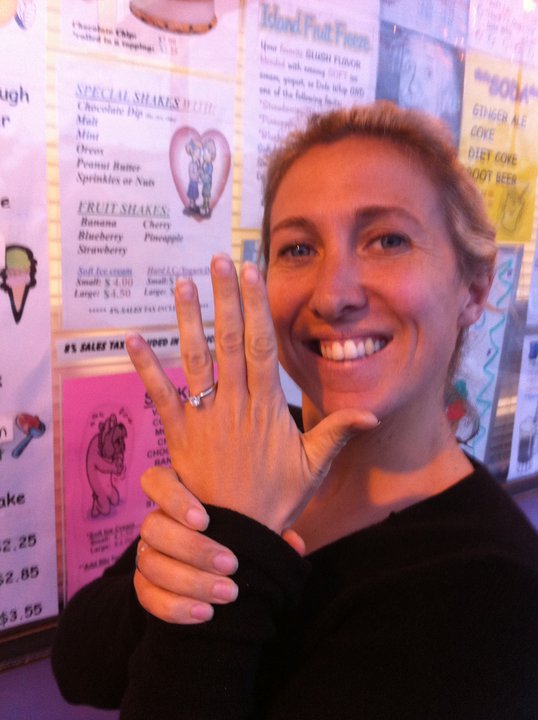 Now, I knew Brian had bought a ring. I can’t detail our engagement story without being completely honest about that. He had let me in on that little secret because in the last few weeks I was getting anxious for a proposal… and, well, he knew it. But let’s not call it pressure!

We’ve discussed marriage since early in our relationship… we’ve talked about what we both wanted in “our” wedding… we were even starting to look at houses together. So I knew a proposal was coming. And while I knew it was only a matter of time before we got engaged, I was still a little impatient for it to happen… and I would remind him of that, oh, every so often.

So because of this, a few weeks ago Brian told me that he had already asked my parents for their blessing and picked out a ring that he knew I’d love… but he was waiting for the right moment to ask, a moment he knew I’d be surprised (since now the fact that he had a ring wasn’t a surprise).

From then on, I read into everything he said and every situation we were in. But every time I thought it might happen, it didn’t. He was sneaky.

Then yesterday afternoon when I was working at my family’s business, Barrington Printing, Brian called me and said he was driving to a job (he owns a landscaping company). I told him I was going to be heading to my parents’ house for a bit, then I was planning to go to the movies with some girlfriends, so I would see him later in the evening.

So I hung up the phone and got back to work. Then a few few minutes later I heard the sound of a dog – or dogs – in the building. I thought it must be my brother’s dog. So I got up to see what was going on and I saw Tansy and Ryder running around with red jewelry boxes attached to their collars.

Clearly, Brian hadn’t been on his way to a job.

Tansy came up to me and I opened her jewelry box – it was empty. Then I saw Brian and he said, “Open Ryder’s jewelry box.” I did, but that was empty, too. Hmm.

Then I noticed Brian was holding the ring in his hand. By that time, my dad and brother had come around the corner to see what was going on, and Brian got on one knee and asked me to marry him! (I think he said, “I wanted to know if you’d marry me” – but I can’t remember exactly!)

Brian had accomplished what he had set out to do – completely surprise me. Not once, not even for a second, did I expect him to show up there and propose!

He said he wanted to have as many members of my family as possible there to be a part of it… he would have been able to catch 4 of them if he had come a little earlier, but at least my dad and brother were there to witness and photograph the moment! 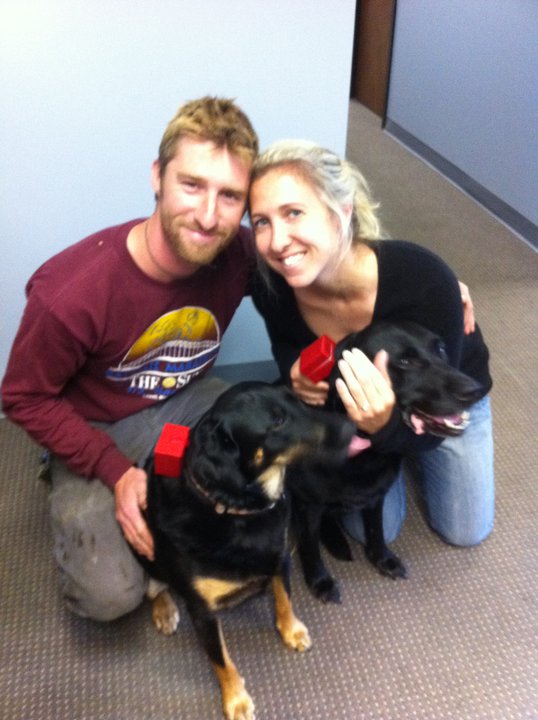 The ring is just beautiful… a “Princess cut” diamond, Brian reminds me every time I call it square.

That evening we went to celebrate with my parents, and my dad brought me a Congratulations balloon and a bouquet of white roses. 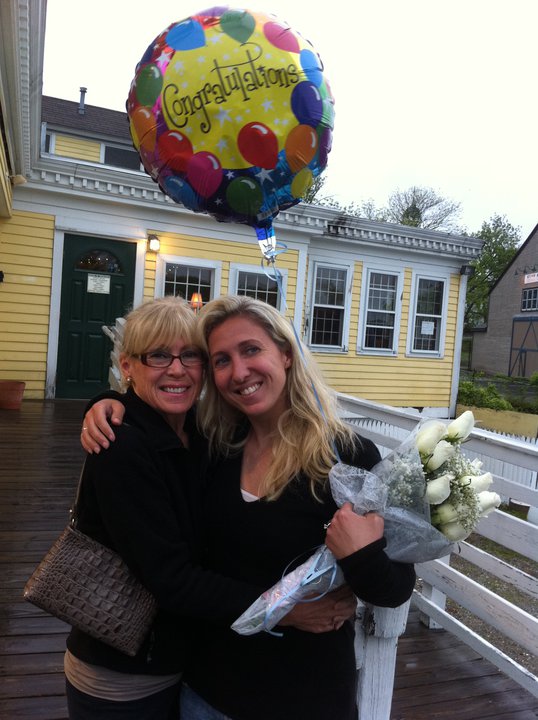 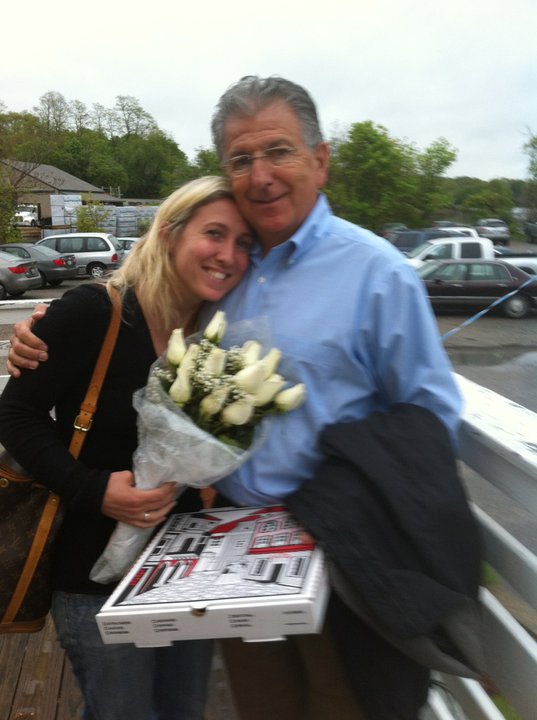 Brian and I are engaged!! was last modified: May 18th, 2011 by Jane Couto Govednik
SHOWHIDE Comments (27)

Brian and I are engaged!! was last modified: May 18th, 2011 by Jane Couto Govednik