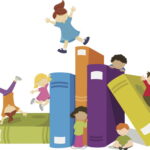 Day 9 of our 31 Letters Literacy Project is all about songs from childhood. This topic is inspired by a poem we bumped into on Day 9 of 365 Days of Literacy for Kids:

Write a letter to your children, grandchildren, niece or nephew or special child in your life… about a special song from your childhood.  Children love songs.  Children will love your songs and stories about your songs.  Maybe your song will find itself, again, in the heart of your very special child. Remember that LITERACY is all about WORDS… and your words are the most magical to read.

Here is my letter to my grandchildren on Day 9 of the 31 Letters Literacy Project:

Hi, my little darlings!  I know how much you love to sing… and I love to hear you sing.  When songs are breathed into the air, we never know where or when they will land… and we never know in whose heart we will find it.

I remember the words to one song I learned when I was in 7th grade.  My school was putting on a play/musical called The Frog Prince. It was about a princess who made a deal with a frog to retrieve her golden ball that had fallen into a pond.  The frog wanted to eat from her golden plate and sleep in her bed as a reward for his kindness.  The frog, of course, was really a prince and these favors from a princess would reverse the evil spell of him being a ugly frog.

What I really, really remember about this play/musical is that I wanted desperately to play the part of the princess.  I tried out for it.  I didn’t get the part.  I was heartbroken.  I don’t remember the name of the girl who was the princess, but I’m pretty sure she was in 8th grade.  The 8th graders seemed to get all the good parts.  But I was still heartbroken.

I did, though, get to sing on stage with a bunch of other kids.  That’s how I learned the song…

But before I write the words I remember, let me tell you the most important thing I learned from that play/musical and that song.  I learned that you should never judge someone by how they look on the outside.  The frog was slimy and ugly in appearance, but he was a kind prince inside.  Another way to say this is:  Never judge a book by its cover. You never know the brilliance, the kindness, the courage, the humor, the delight and all of the most important human characteristics from just looking at the outside.

I loved working on that play… all the rehearsals and the performances.  I still was a teeny bit heartbroken about that princess part, but I put all of my efforts into singing in the chorus.  I learned that it’s ok to be disappointed… but it’s even more important to pick yourself up and go on.  Join in the fun.

And this brings me back the song that has lived in my heart all these years, and now I hope will live in your heart, too!  I’ll teach you the melody, but here are the lyrics:

A frog prince, a frog prince
I’ve never heard of a frog prince.
A prince is always charming,
A frog is so alarming.
I’m glad he threw away his spell
And made it disappear,
And now before too very long
The wedding bells we’ll hear…

I guess I didn’t have to be the princess to learn the lesson.  And who became the luckiest woman in the world many years later when she found one great prince-like man to marry!?

What song lives in your heart?  I’d love to have you sing it for me!

Love forever and ever,
Grandma Couto 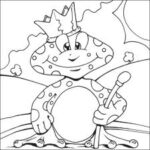 Join in the 31 Letters Literacy Project!  Give the gift of words and literacy to a very special child in your life. 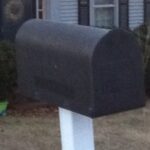 MAIL TIDBIT OF THE DAY:  An Act of Congress allowed the issuance of stamps on March 3, 1847.