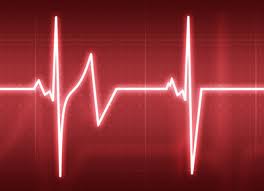 For 39 years, turning my calendar from January 31st to February 1st is an action that grips me with terror. This year, it took me until today to compose myself enough to slowly see February come into view. I don’t know if anyone knows the terror with which I greet February. I don’t think I have ever verbalized it or acknowledged it to the world… or to anyone. February took so much from me 40 years ago.  But I am fighting back.  I am on a mission to eradicate heart disease. I am fighting back because no-one should ever have to ever feel the pain of such a day.  One day that changed everything for me.

I was a freshman in college back in 1971.  I was just getting fully immersed in my second semester when I began to have boyfriend problems.  (If only I knew then that this guy would bring meaning to my life only when sharing the lesson of him to my daughters.  Story for another day.)  I remember studying in the library, but being unable to concentrate.  My heart was broken.  I had been calling my older brother all afternoon from the pay phone in the lobby of the library, but had not been able to contact him.  My brother was a sophomore at Providence College, a short drive from Rhode Island College, where I sat broken-hearted.  My brother and my boyfriend were friends, and I thought that maybe my brother could give me some advice/answers/help.

I decided to trudge to my little red Volkswagon Bug, the one my Dad had bought for me, and take the drive to my brother’s dorm at P.C.  I still remember the early evening.  It was 4:00 or so and the sun was wanting to stay, but beginning its rest in the sky.  It was lovely.  I still remember the lovely.  I would not see lovely like that for awhile.  When I arrived at my brother’s dorm, someone let me into lobby and I entered the elevator that would bring me up to his floor.  I could feel tears burning in my eyes, but those tears didn’t know real tears.  Not until I entered my brother’s room.  His door was open and I could see him sitting on his bed.  His head was hung low.  I said, “Billy?” He looked up.  I had never seen somber like his face.  I immediately, albeit selfishly, thought, “Oh, no.  He knows something I don’t know about (boyfriend).”

How could I have known?  How could my 18-year old self ever have imagined that there was something bigger than college and a bad boyfriend.

Billy said, “I just talked to Mom.  Dad had a heart attack.”

What?  What? I don’t know if I said anything.  I don’t remember crying.  But I do remember asking Billy, “Is he dead?”

“No. But we have to get Dennis and get there.” Billy said this.  Something like this.  And then he was on the phone, calling Dennis.  Dennis was our younger brother, a sophomore in high school.  He should be home.  What? Where is Mom? Questions racing through my mind.

I think I blinked and we had picked up Dennis at home.  We were in my car.  Driving to Boston.  Where? Where were we going? No cell phones.  No contact with my Mom.  Only the news that my Dad had had a heart attack. He was in a hospital in Waltham.

We didn’t speak a word.  An hour.  Fear lived in that car.  I think we were all afraid to ask a question.  Fear of an answer.  I remember traffic.  Horrible traffic.  Do you know that my Dad had a heart attack, people? I tried not to cry.  I listened to the radio.  I will never forget… never forget… never forget… hearing two songs that I cannot listen to right to this day.  American Pie.  Heart of Stone. My Dad loved Chevys.  He always drove a Chevy.  He had grown up on a farm in Michigan and had learned how to fix anything.  Cars.  Tractors. Everything.  I kept hearing the lyrics…  bye-bye, miss american pie drove the Chevy to the levy but the levy was dry… this will be the day that I die. Heart of Stone.  Keeps me searching for a heart of gold.  And I’m gettin’ old. Oh, God.  My dad was our heart of gold.  He lived and loved and made friends wherever he went.  He was as comfortable with the paperboy or a bartender as he was with the CEO of a corporation.

Oh, God.  No. No. No. My Dad was young.  My Dad was lean and strong.  My Dad was our rock.  He was the heart of our family.  My Dad was 42 years old.  He had been in the Navy for 20 years.  He was now a salesman for a medical equipment company.  He loved his boat and entertaining on his boat.  He gave the greatest, strongest embraces on this earth.  He had never been sick a day in his life.  I was his girl.  I was his Sissy.  He called me Sissy.  The only person who ever called me Sissy.  Thank heaven for little girls… he sang to me.  Daddy’s Little Girl… to sing at my wedding some day. No. No. No. No. 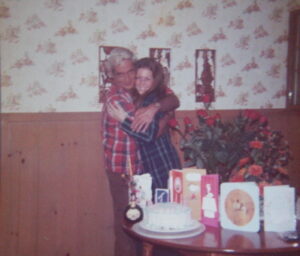 I remember pulling into the hospital parking lot.  I remember the sounds of crunching snow.  I remember the cold night.  I remember nothing else until I was standing next to my Dad.  He was in a cardiac care unit and hooked up to a million wires and tubes.  I took one look at him and burst into uncontrollable sobs.  My Dad held my hand and whispered, “Sis…”

My Mom was with us.  My brothers were with us.  But I felt alone like I had never, ever.  The news was not good.  He was in grave danger.  I know he knew.  I could see it in his eyes.  But he smiled.  He smiled his great big smile for all of us.  I was terrified to leave his room.  I wanted to look at every detail of his face.  I thought I would never see him again if I left that hospital room on that cold February 1st.

I don’t remember leaving.  I don’t remember driving home.  I don’t remember much of the next 3 weeks.  I remember that my Mom stayed with my Nana, her Mom, who lived a few miles from the hospital.  My Mom had been visiting my Nana on February 1st while my Dad was attending a business meeting in Boston.  My Mom got the call at my Nana’s that changed our lives…

I trudged through those days, vacant and lost.  Driving to Boston.  Driving home.  One night I do remember.  I had driven to Waltham on a Friday night.  A snowstorm was predicted.  My Mom begged me to stay with her at Nana’s.  I was 18.  I knew better than anyone.  I drove home in what became a blizzard.  I cried the whole way home.  When I was at the exit that took me home, suddenly my car spun out of control… spinning, spinning in great big circles on the highway.  My thought was one… I can’t die.  What will my Mom do? I don’t know how long I spun, maybe 10 seconds, maybe 10 minutes, but I stopped facing the wrong direction, headlights coming toward me in a blizzard on the highway.  My legs were rubber.  I don’t know how I used the clutch and shift, but I managed to turn around and head in the direction I needed to be in.  It’s funny, because I moved away from that town where I grew up for decades, but now I live a mile or two from my old home… and I take that same exit almost every day.  I never take that exit without thinking of that night and whispering a little prayer of thanks.

My Dad grew stronger, miraculously.  He came home 3 weeks later.  He was the same guy… all smiles, all wonderful.  He went back to work several weeks later.  He still worked on our cars, ducking under the hoods like a 15-year old kid.  He still called me Sissy and sang to me.  He even caught wind of the boyfriend problems that I was trying to keep from him.  That boyfriend loved my Dad and my Dad liked him, too.  That boyfriend recognized my agony and things kind of went back to normal between us.  It would be three years later that another incident or ten thousand with that same boyfriend had my Dad say to me over a bucket-full of my tears, “He’s a great guy.  He’s just not for you.  Anyone who makes you feel this bad is not good for you.”  Hello.  I got it.  I broke up with the bad boyfriend. For good.

After the veil of my Dad’s death lifted a bit, I made an appointment with his cardiologist and my Mom and I went to see him.  We just wanted to know what had happened.  How?  Why?  My Dad was so young and vibrant.  The cardiologist told us that the first heart attack would have killed anyone.  He did not know how my Dad survived it.  He said there was so much heart damage that it really was a miracle that we had him for 4 1/2 more years.  On that day, that very day, I began an almost obsessive research of heart health.  I knew my Dad’s family history was not on my side.  My Dad’s mother, my grandmother, had died at age 60 from complications of dementia.  My Dad’s physician told us that my Dad knew the cards were stacked against him… but he wanted to live life, love life, love us.  He did.

But what my Dad did not know was the joy of my wedding, the wonder of grandkids (all he wanted were grandchildren!)… and now the great-grandchildren.  I know my Dad is around… to this day.  Too many unexplained things have happened in my life and in the lives of my children to deny his presence.  We know his Heart of Gold.  I’m not searching for his heart of gold.  His heart is everywhere…

And this is why I take care of myself.  This is why I make healthy choices in what I eat and in what I do.  I examine food labels.  I watch my sodium intake.  I have never smoked.  I am an advocate for HEALTHY FOOD CHOICES for my husband, my children, my grandchildren.  I exercise. I am now training for my first marathon… and each time I run, I talk to my Dad.  When I was competing in a Half IronMan last summer and the ocean waves were gigantic, crashing over my head… I asked my Navy Dad, the guy who loved the ocean and loved the waves,  to keep me safe and keep me going.  He did.  He navigated me that 1.2 miles to shore, and I loved the experience! 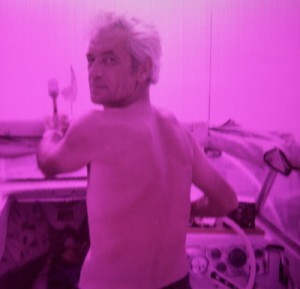 Maybe one day a wave of RED will cure heart disease. That is my dream.  Only then will I turn my calendar to February without feeling gripped with terror.