I was a 6’2” 230 pound tough guy in High School, but I had a secret.  I was scared of the dark.  Well maybe by that time my fear had passed, but I still slept with the hall light on until I went to college and had no other option but to sleep in the dark in my haunted dorm room (that’s another story).

You name it, and I was scared of it.  Actually, I take that back, I was not scared of the Boogey Man, as I always thought of that as silly (go figure).  I was however scared of the other usual suspects: Werewolves, vampires, aliens/alien abduction, knife wielding intruders, ghosts and monsters that lived in my closet. 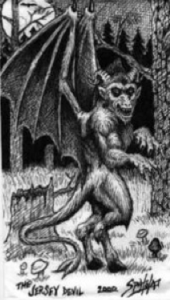 My bedroom window had a roof from our side porch outside of it and I would lay in bed and think about what might be perched out there watching and waiting for me to fall asleep.  It was the perfect spot for the Jersey Devil to sit and wait.  Yes, the Jersey Devil, even though Pittsburgh was a good 6 hours from the Pine Barrens of New Jersey, I read a story about the Jersey Devil perched on a roof and it terrified me.

My nightly ritual that my family still harasses me about to this day, was to turn on all the lights in my room before carefully inspecting my closet.  I would then shut the closet door and wedge a Lego under the door for extra security.  Only then could I safely shut off my bedroom lights!  The logic being that ghosts and monsters could only move from darkness to darkness and not into light.  If I were to shut off my bedroom lights before securing the closet door, whatever was lurking inside could slip out into my bedroom. 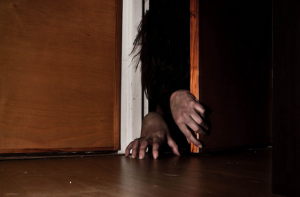 I slept on my side but turned my head towards the ceiling in case someone climbed in my window and tried to stab me in the heart.  Unbeknownst to them, they’d be stabbing me in the arm and I’d live to fear another night. 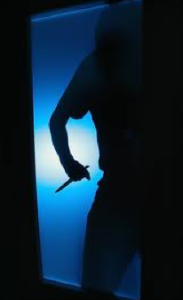 Anyhow, life has come full circle with four small boys of my own.  As irritating as it can be with child after child coming to the top of the steps to tell us they are scared, I can still relate.

Benjamin likes to shut all of the doors upstairs, while William likes to keep the bathroom door open.  A couple nights ago, this contributed to the perfect storm.  Audrey went out to dinner with friend, so I put the boys to bed and headed to the basement to play Call of Duty.

At some point William came to the top of the steps because he had to go to the bathroom and noticed the door was shut.  He called down and I didn’t answer immediately.  Of course in his mind that meant that there was a robber in the house and I was bound and gagged.  He overcame his fear to crack the bathroom door and throw the switch.  Unfortunately the shower curtain was pulled shut which could only mean one thing, the robber heard him get out of bed and was hiding in the shower. 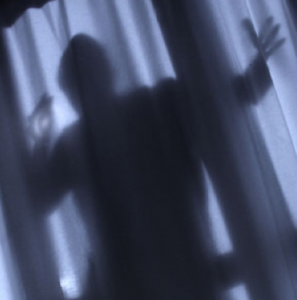 This time he yelled louder!  When I came up, he was hiding out in his bunk along the back wall and under the covers with an eye poking out for surveillance.  I felt terrible.  I can’t count the times I was sure my parents were tied up and there was a robber lurking.

I let him come down with me and explained that I used to get scared too.  I tried to sugar coat it so I wouldn’t give him anything else to be scared of.  I think it helped for now, but I still feel terrible knowing how scared he was.  I remember the feeling!

Last night it was Henry’s turn!  At 3 AM this morning I awoke to him screaming that there were spiders in his crib.  He had a nightmare and it made me remember all the nights I had “bugs” in my bed, be it spiders, ants, centipedes or beetles. 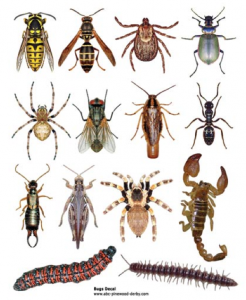 I’m going to take a nap to get ready for whatever may go bump in the night tonight!  Don’t worry about me though, I’ll be carrying a wooden stake, a few cloves of garlic, several crosses and a squirt gun full of holy water in case I need to do battle!

Scared of the Dark was last modified: April 6th, 2012 by Matthew
SHOWHIDE Comments (2)

Scared of the Dark was last modified: April 6th, 2012 by Matthew