As a kid, I always dreamed of a white Christmas.

Living in New England, it wouldn’t seem like a stretch, but I don’t really remember very many snowy Christmases.

This year we got a white day(s)-after-Christmas, and since I’m the girlfriend of a man with a plow… 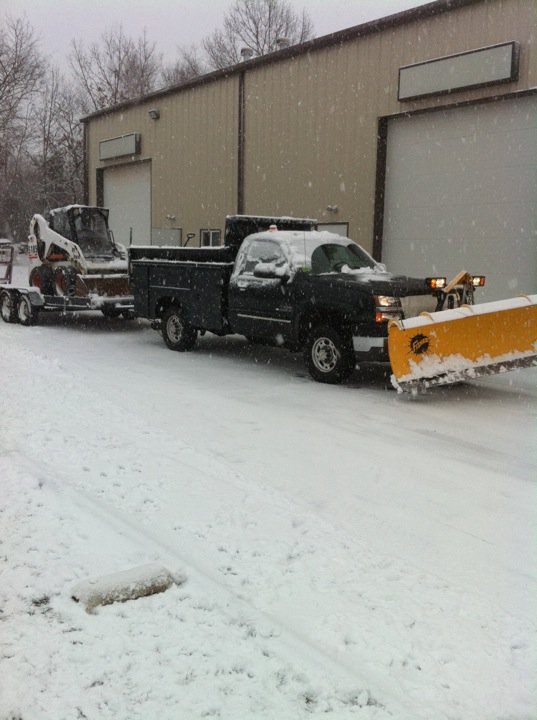 I now understand that snowstorms (excuse me, blizzards) mean that I won’t see Brian for a good 23 hours.

That’s right… he was out plowing from about 3pm on Sunday to 2pm today.

After he came home, he fell asleep in an uncomfortable-looking position on the couch and I had to pretty much use force to get him to walk to the bedroom.

Not having to shovel because my boyfriend owns a plow is a major plus, but on the downside, I didn’t get to enjoy the first snow of the season with him… sledding, making snowmen, having a snowball fight…

(Though, in all honesty, I likely would have been a total wimp after about 5 minutes outside. That was some bitter, windy coldness today.)

I did get to play outside with Tansy, who L O V E D chasing the tennis ball in the snow. 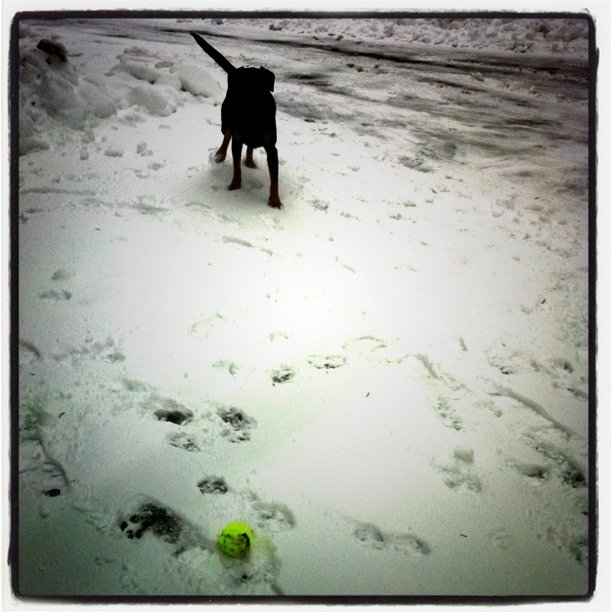 (But I worried about how Ryder and Seth are doing in the snow, and how Seth’s back legs are holding up.)

While the sun was so beautifully setting, I took a drive to the water, where Brian and I spent many lovely afternoons and evenings swimming this summer, when the water was calm. 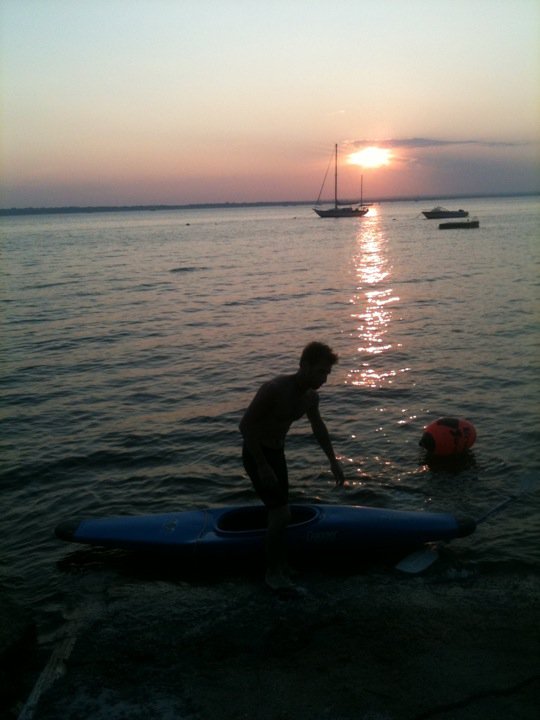 Today the water was so rough and choppy, and snow covered the beach as the wind whipped through the air.

Such a sharp contrast to what we encountered at the same beach just months ago.

But in its own way… still lovely. 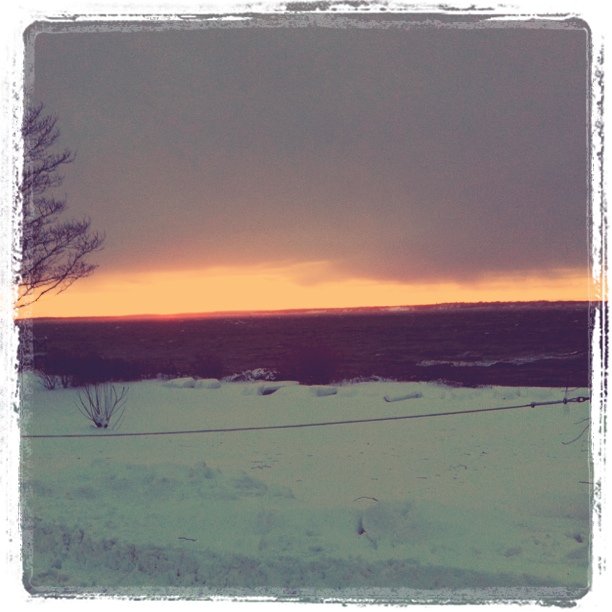 I hope your dreams – snowy ones or otherwise – are coming true as we enter the New Year!