I’m not one to brag about my skills in the kitchen. Quite the contrary, as a matter of fact. 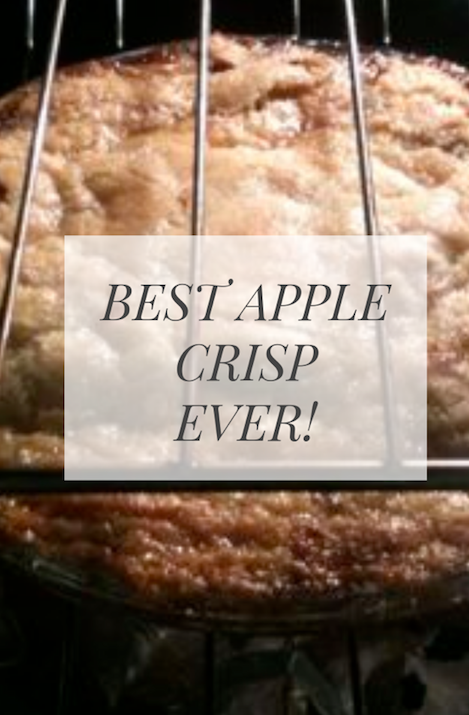 But I have an Apple Crisp recipe that’s so delicious, it would be wrong to keep it to myself.

I have been making this dessert for years now (I found the recipe on Epicurious), but usually only twice a year: Thanksgiving and Christmas. I make it so infrequently that I always have to reference the recipe when I do make it, so I emailed it to myself a few years ago. This came in handy yesterday when I had the urge to make a non-holiday apple crisp while shopping at the market, but didn’t have the ingredients list on me. I just got into my email on my iPhone and voilà! (Luckily, the ingredients list is simple anyway.)

Now, the first time I made this in the company of my brother, Keith (an apple crisp snob, I say with love), he was skeptical of the fact that the recipe does not call for rolled oats. This went against everything apple crisp he knew. But I told him to just trust me, and when he tasted the apple crisp, he admitted it was delicious.

And best of all, it is SO simple.

First, the ingredients you need:

1 cup firmly packed golden brown sugar
1 tablespoon ground cinnamon
3 1/2 pounds  apples, peeled, cored, sliced (the original recipe calls for Granny Smith, but I have used everything from Macoun to Macintosh to a combination of the three, and they’ve all worked well)
1 cup all purpose flour
1 cup sugar
1 cup (2 sticks) chilled unsalted butter, cut into pieces (I actually like when the butter is a little on the soft side, so I typically leave it out for about 15-20 minutes before I use it. Also, it’s a lot of butter… I think I only had one stick of butter to work with once, and it still came out fine. So cut some of it out if you prefer)

Now, how to make the apple crisp (while the iPhone is great for calling up recipes via email, it is not great for food photography, so bear with the pictures, please!): 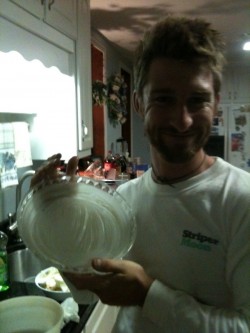 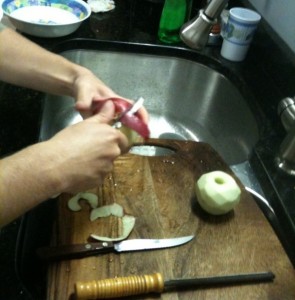 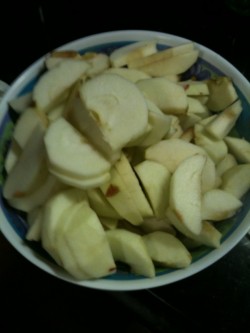 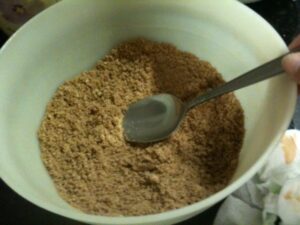 5) Add apples and toss to coat 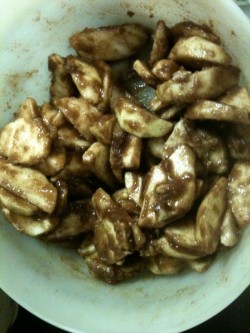 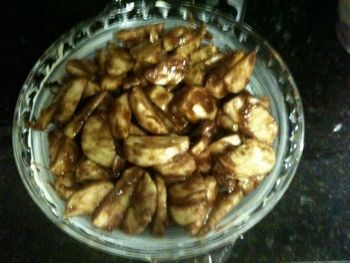 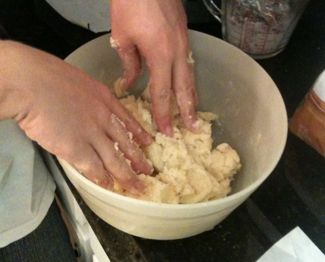 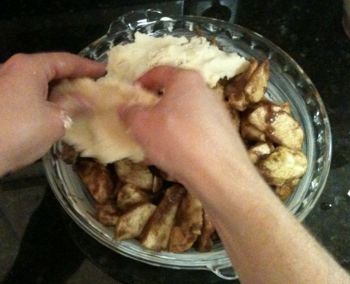 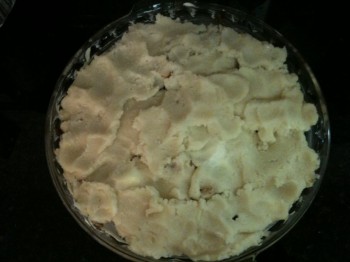 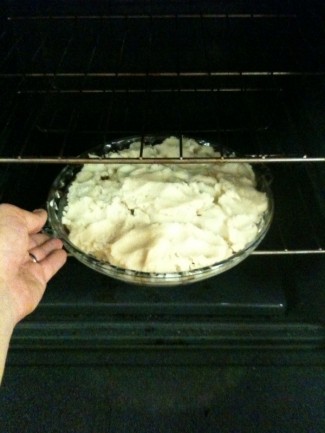 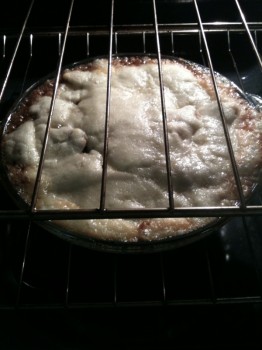 12) Bake crisp until apples are tender and topping is golden brown, about 30 minutes 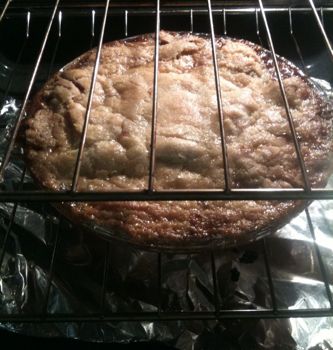 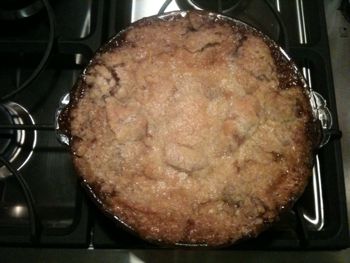 As good as this was to eat warm out of the oven, I think I liked it even more the next day, when it had hardened a bit. It’s definitely sweet, but I love sweet. And it is crispy along the edges, which I love, too. Mmmm, I can’t wait to bake another one… which I will have to do soon because I just sent Brian to his mom’s house (where I baked it) to get the remainder of the apple crisp and he came back empty-handed – his mom had finished it!

If you try out this DELICIOUS Apple Crisp Recipe, let me know what you think!