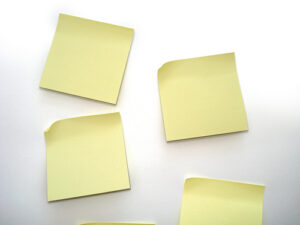 Recently, while reading an article discussing “bullying” vs “teasing”… I remembered a teaching moment of mine from many, many years ago.

It was in a class of mostly boys. High school boys. Lots of testosterone was flying in that class as those boys were coming of age and figuring out lots and lots of things about themselves and everyone around them. It was an eclectic mix. I was their English/Reading teacher in a vocational-technical high school, and these boys were in a number of different vocational areas… Carpentry, Culinary, Automotive, Machine, Horticulture, Electrical, Electronics, Graphic Arts, to name a few.

One boy in that class was in the Cosmetology area. This hairdresser-to-be was smart and confident, albeit a bit flamboyant. He didn’t mind bringing attention to himself.

One morning the Cosmetology boy came to class dressed in a puffy white shirt (think Seinfeld) and he was upset that he had been kicked in the rear end several times while making his way through the hallways from homeroom to my class. I didn’t tolerate any teasing or bullying of any kind, and I questioned him and the other students about this. No-one seemed to want to give up any information.

I called the vice-principal on my classroom phone to request that he come to my class to help remedy the incident(s). As the phone began to ring, one boy called out, rather loudly, to the Cosmetology boy, “TAKE THE ‘KICK ME’ POST-IT NOTE OFF YOUR ASS.”

Hmmmm. I had spent the last couple of days teaching Literal and Figurative Language and I was rather impressed with the interpretation and clarity of thought that this boy expressed in trying to explain the connection between the blouse selection and the behavior of fellow high school boys.

I held the phone to my ear as it rang, rang, rang on the other end… noting aloud that while that this boy’s analysis of the situation was interesting, kicking was still unacceptable.

The boy with the advice looked at me and said, “WHAT?”

The vice-principal did not pick up his phone.

I hung up the phone and revisited the boy’s advice. He looked at me like I headlights for eyes and said, “WHAT I’M TALKING ABOUT IS THE POST-IT NOTE ON HIS ASS THAT SAYS ‘KICK ME’.”

The Cosmetology boy stood up and reached behind to find a POST-IT note that said, yes… KICK ME. And he laughed. Everyone began to laugh.

My lessons in Literal and Figurative Language had been lost, I guess. But all ended well. (Get it? Ended.) Oh, well.

I did report this incident to the vice-principal later that day, and I did keep a keen eye out on the Cosmetology boy for any further teasing. He did continue to be rather flamboyant, but the other boys became more tolerant and actually had his back after this incident.

Had his back in a good way.

Although this incident, these boys, this resolution all turned out OK, it seems that today’s kids are victims of escalated intolerance and meanness of spirit in schools, and I think we all need to be vigilant and aware and ready to act.

I do believe there is a fine line between “bullying” and “teasing.” And there’s a lot to look for in-between, too.

Take the ‘KICK ME’ Post-It Note Off Your Ass. was last modified: May 3rd, 2010 by Sharon Couto
SHOWHIDE Comment (1)

Take the ‘KICK ME’ Post-It Note Off Your Ass. was last modified: May 3rd, 2010 by Sharon Couto