Brian isn’t exactly the “let’s-do-a-romantic-photo-shoot-in-the-park” type of guy. (Come to think of it, are there really many of those out there?)

What Brian is, however, is the type of guy who will humor his girlfriend when she asks him to, well.. do a romantic photo shoot in the park. 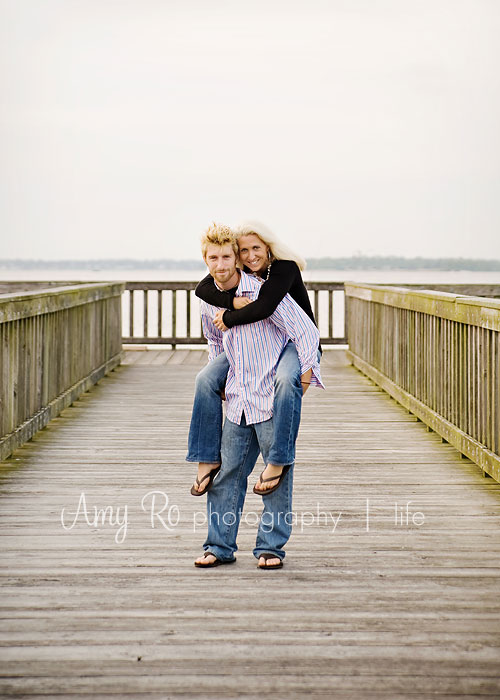 Because he loves her.

And because she promised to perform certain favors in return.

That is what you thought I meant, right?)

As I mentioned a few weeks ago, Brian and I did a “Love Shoot” with Amy from Amy Ro Photography, as she is adding more couples’ shoots to her repertoire and asked if we would be interested in doing one.

Being that Brian was really only a semi-willing participant, I hoped that the photos would turn out well. Not that I questioned Amy’s ability – her work is ZOMG! AMAZING – but I hoped that Brian not being in his element wouldn’t come through.

I needn’t have worried. I could not be in more awe of the outcome – and we even got to do our signature pose!

Sometimes you just have to trust the professionals.

And sometimes, in love, you do something for your partner just because you know it will mean a lot to him or her.

So, thank you, Brian. You getting dressed up, scaling stone walls, climbing through reeds and posing in front of fishermen? It meant a lot to me.

(If you want a full preview of the photos from our shoot, check them out here.)

All for love was last modified: July 24th, 2017 by Jane Couto Govednik