I was in no mood to cook dinner last night.

I was still tired from Sunday (waking up at 4:30 AM in Rhode Island, driving to New Hampshire, running a 16 mile race, and then driving to NYC all in one day will do that to you). Then, the shuttle back to Manhattan from Queens (where I work on Mondays) was full and I had to find a cab to take me back to the city (I know I have to master the subway system at some point, but yesterday was not the day, all right?).

And, oh yes, one other teeny tiny little thing: I can’t cook.

But somehow, for some reason, last night I had co-signed on Brian’s idea for me to cook dinner.

The night before, after arriving in the city, finding a parking spot on the street, taking Brian’s dog for a walk and dragging our exhausted selves to the market about 2 minutes before its closing hours (at which time we inadvertently extended said hours by dropping a bottle of beer on the floor), Brian cooked turkey cheeseburgers that were chock full of deliciousousness, a word I just made up.

So with some ground turkey and slices of cheese left over, I apparently had no excuse but to make us a Monday night meal. No matter how many excuses I tried to throw out.

But there was no reasoning with that boy.

He instructed me to stop at the market on the way home and buy some wraps. I could cook up some rice and ground turkey and make wraps for dinner, with broccoli on the side. And just as I was about to produce yet another excuse why it was a good idea to grab take-out instead, he brought out the big guns: “While you’re at the market, buy some chocolate pudding and a graham cracker pie crust and we’ll make a pie.”

Well played, Brian, well played. Because really? I will do just about anything for chocolate. Even cook.

So I did as I was told at the market. When I walked into my apartment I was greeted with a line-up of all the other ingredients I would need (including pots and pans). It was a photo op, and yes, I was as scared as I looked:

But it was also a success. Because somehow – without any help (just a little guidance maybe) – I produced these babies: 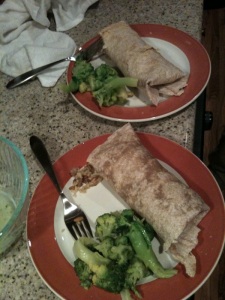 Even more deliciousousness! And it wasn’t even that hard! And it didn’t even take that long! Who knew cooking could be so easy!?

Oh! And yes, there was chocolate pie, too. But it didn’t last long enough for a finished product photo. Chocolate has a way of getting devoured quickly. It’s good like that.

So tonight, with Brian back home in Rhode Island, I was left to fend for myself. It was a make-it-or-break-it kind of night, as home cooking for one goes. I didn’t get home from work until 6:30 PM and really, the last thing I felt like doing was cooking by myself, for myself. At least having Brian there the night before had made it fun.

But I gave it a go. I had some eggs, leftover rice, cheese and frozen spinach. And while I thought I was the only person on earth who had to Google “How to make an omelette,” it was comforting to know, based on the search results, I am just one of many cooking morons out there.

And I’m happy to report that this experiment was another success – a simple and delicious dinner.

I started with 4 egg whites (I actually prefer the taste of eggs without the yolks; it’s not necessarily an “it’s healthier” thing for me), to which I added a little bit of salt and pepper:

Next, I beat the eggs and poured the mixture into a non-stick skillet, which I had sprayed with Pam and put over medium heat:

It cooked on its own!

Then I added the rice, spinach and cheese: 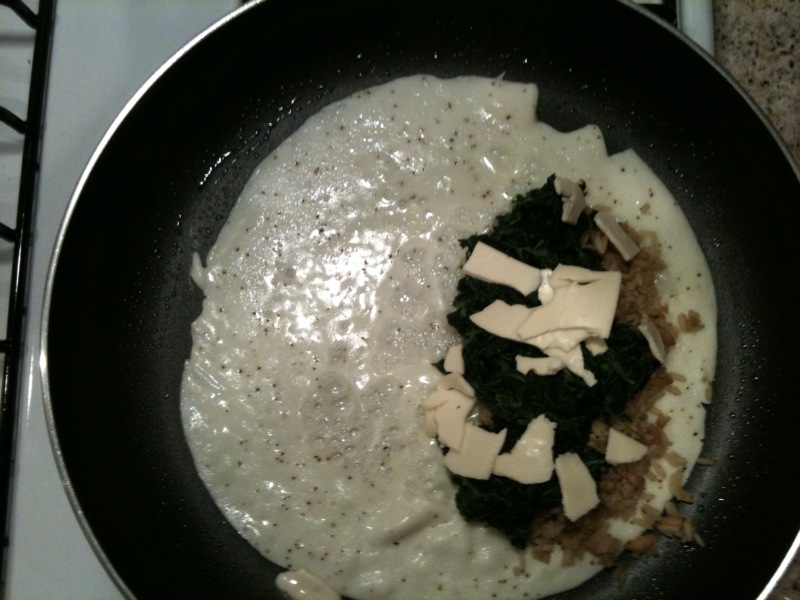 And then folded the omelette over: 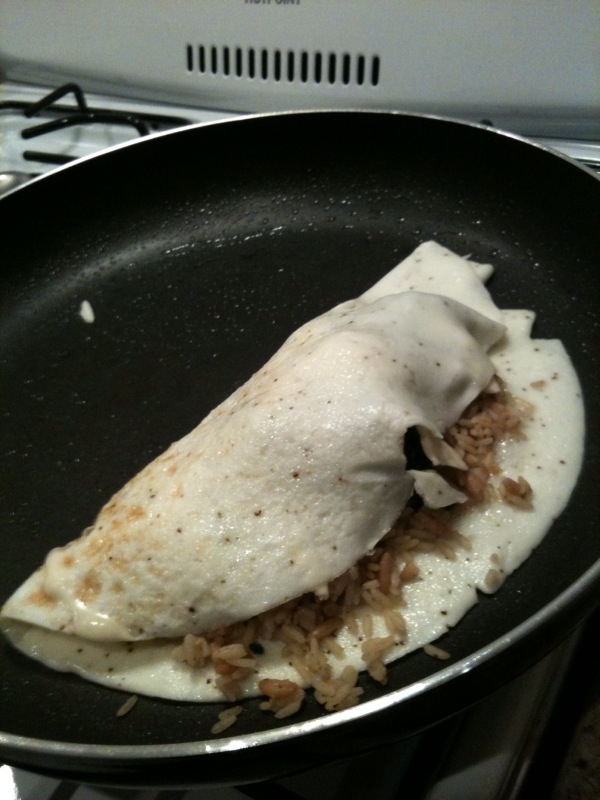 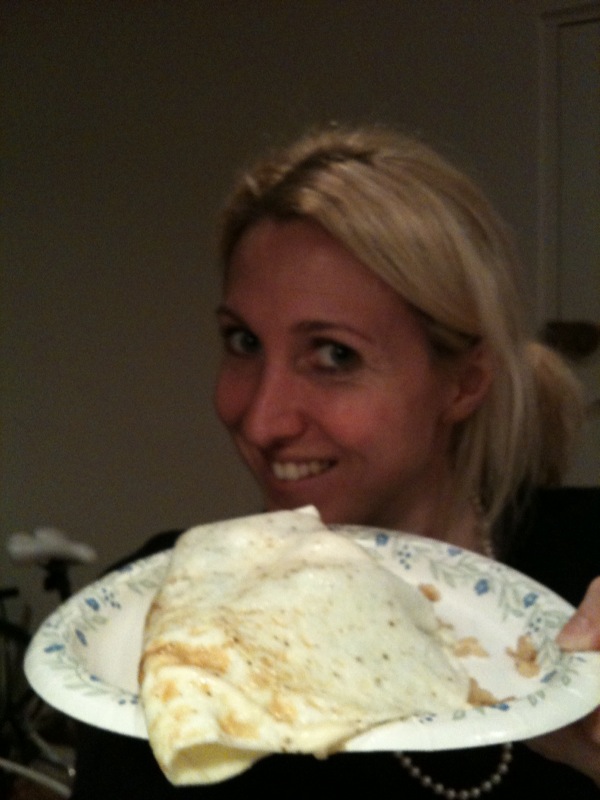 I’m very proud of myself – and I’m ready to conquer the recipes so many of you have graciously been sending me! I mean, I’m no Anthony Bourdain, but you have to start somewhere, right?