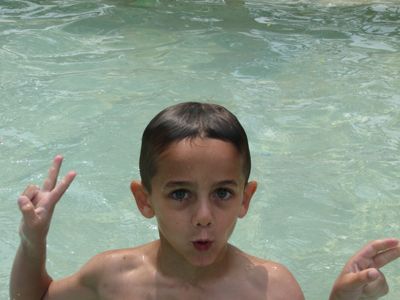 I still remember the night like it was yesterday. A telephone call on a March Friday night at Tav Vino’s Restaurant in Warren, RI. Barry and I were sitting at the bar, and I even remember what I was eating… steamed mussels. Ah, a phone call. Barry kept repeating over and over, “You’re kidding! That’s great! Wow!”

The phone call was from Keith, and Nicole had just told him that she was expecting Baby #2. I say “baby” because they already had a baby who was pretty much still a baby. Taylor had just turned 1 in January and Baby #2 was something we didn’t expect for a little while. I’m not so sure they expected Baby #2 for awhile either… but it was the greatest and warmest and most beautiful surprise in the world.

This Baby #2 for Keith and Nicole would be Grandchild #3 for Barry and me. We had Taylor, and cousin Maddie would be turning 1 in April. I had seen so much pink that I honestly couldn’t imagine a boy… so I was pretty confident that this new baby would be a girl, too.

Well, we would find out on November 9, 2002, that the universe had a different plan. Nicole went into labor in the early afternoon of November 9th. It was a beautiful Saturday, and just about everyone headed to the hospital to await the arrival. We all talked and laughed in the hospital lobby and walked around outside in the glorious afternoon sunshine. Keith made lots of trips up and down that elevator that afternoon, and each time the elevator bell sounded we all turned and waited. Waited. The news was always the same… Nicole was comfortable but nothing had happened. Yet.

Then that one elevator ride was different. I’ll never forget that elevator door swishing open and Keith standing there. He didn’t say anything for a tiny, tiny moment and we all jumped up from our little waiting room chairs and couches… but everything had changed. Everything. Keith had the biggest smile on his face as he announced, “It’s a BOY!” 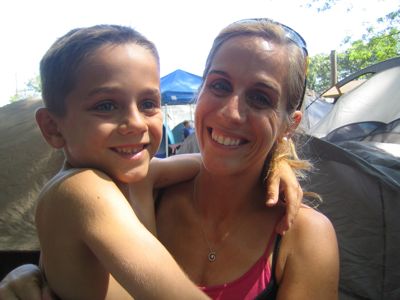 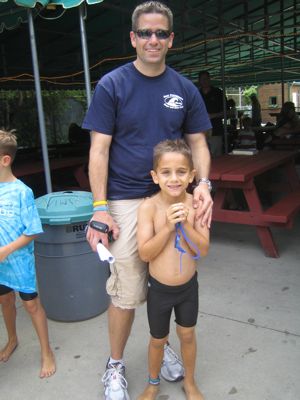 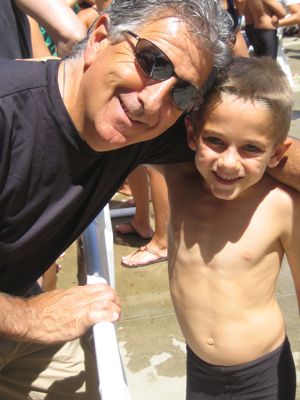 And what a BOY that little guy is. His name is Andrew Barry and he is 100% BOY. He runs and jumps and slides and and enjoys each moment that life has to offer. He skis and swims and plays football and basketball and rides his bike. He reads and sings and has an adventurous spirit that is simply contagious to all around him. He has the most beautiful face and the biggest deep blue eyes you’ve ever seen and they are a window into his world. But it is Andrew’s laughter that captures my heart. Every time. No-one laughs as heartily as Andrew. It starts somewhere in his soul and travels to every molecule of his body. You simply cannot help joining in!

And what neither Andrew, nor anyone else in our family could have known on that beautiful day, is that there would be no more pink… at least as of this day. In fact, Andrew is at the front of the line of the 6 grandsons to follow him! Andrew is truly at the top of his game at each moment of each day… and his 6 little guy cousins want to be just like him. Big shoes to fill, I know, but Andrew is “the man.” 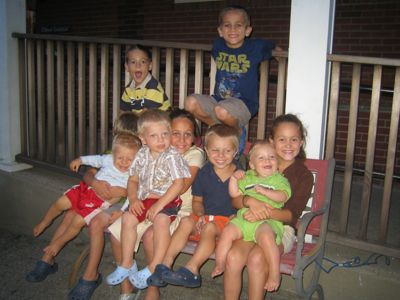 Happy, Happy, Happy 7th Birthday ANDREW BARRY. You are a gift to everyone who knows you! I love you!

That phone call on that March Friday night telling Grandpa and me about you is still one of the most wonderful moments of my entire life!