I’ve received a few emails asking where I bought the “red dress” from Tuesday’s video with Rebekah from SheFinds. I also wore it last night on my LIVE stream for Mom’s Nite Out. 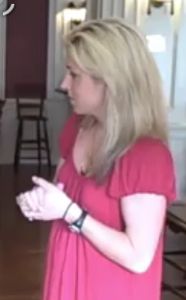 The dress is by Max Studio. I actually bought it last summer after I had Henry. I wanted to find some chic and cute sundresses that would conceal any something-something that was still “hanging” out. This dress did the trick! It’s 92% viscose/8% spandex so there’s a ton of give and room. (Always a good thing, right!?)

I thought the added touch of the cap-sleeves was adorable… and I even have the option to pull the sleeves down over my shoulders for a sexier look (oohhh…la…la!)

(I actually also have one in green!) 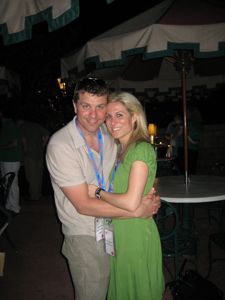 Where did you buy… ? was last modified: July 26th, 2017 by Audrey McClelland
SHOWHIDE Comment (1)