This morning, Audrey came to my home bright and early to get lots of work done… like 7:00 am early. Matt was doing breakfast and pre-school transportation for William and Alex, and Benjamin and Henry (still in jammies!) came to Grandma and Pop-up’s with Audrey.

(Well, all of this began after Benjamin finally let Pop-up head off to work!) 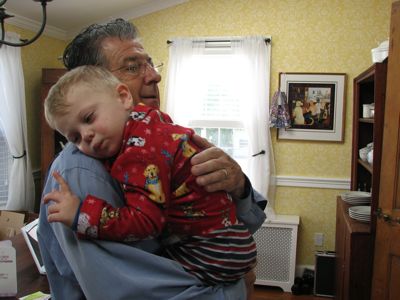 Then it was time for Henry’s nap, and Benjamin needed a new play partner. That would be ME.

Well, by then, all of the above activities weren’t interesting Ben anymore…

And that’s when I heard the most wonderful sound. Loud. Roaring. Rumbling. Resounding. 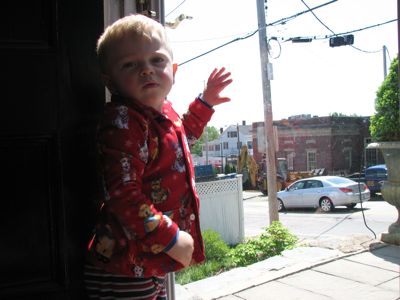 I headed to my front door to discover every boy’s dream. CONSTRUCTION!

I live on a main street in a little New England town, and diagonally across the street from my home is a charming restaurant, Post Office Cafe, that actually was the town’s post office. (For history buffs, the East Greenwich Post Office was established in 1789 and was one of the nation’s first, but the building as it now stands was built in 1932.) But all that aside… the Post Office Cafe’s side entry and driveway is undergoing CONSTRUCTION – a Grandma’s dream.

So I opened wide our front door, brought a little seat for Benjamin… and we watched that back-hoe and dump truck and pick-up and all the men while the glorious sun deliciously warmed us up. Benjamin LOVED this as we talked and laughed and I hugged him close.

Then Ben discovered my mail slot. And that became an instant hit. 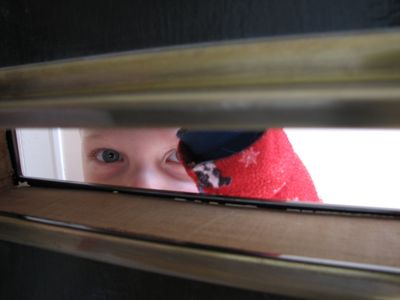 “Where ah you, Grandma?” he squeaked with delight.

“Right here!” I answered back.

Over and over again.

Then running down the hallway seemed like fun. And sitting on the bottom step. Or re-arranging the little seat and my draft guards. Then back to the mail slot. And of course to oversee the construction site. 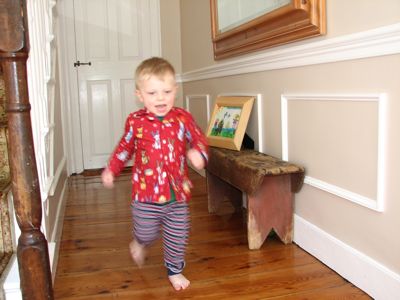 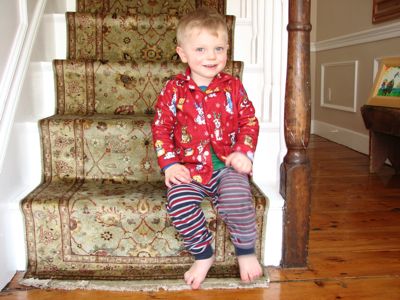 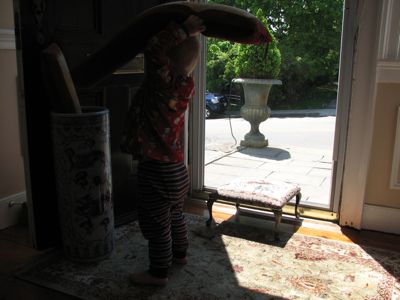 Benjamin and I played in my foyer for over an hour.

The sun and our imaginations.

“Where ah you, Grandma?” was last modified: February 9th, 2010 by Sharon Couto