After reading Audrey’s blog today, F.S.P. Parties, I’ve decided to come clean.  To my husband, that is.  After all, it’s been years… and I never did really tell him how much it cost!

OK.  It’s about the prom dresses.  And the formal dresses.  You know, the ones that your daughters simply must have.  Honey, I spent way more money on those dresses than I may have let on.  But I had a plan.  And the plan worked.

You see, it had everything to do with sharing.  Yes, sharing.  Sharing the dresses.  You remember… Audrey would wear a dress, then Jane would wear it to a completely different function, then Audrey might wear it again (to a completely different occasion than the first two, so as to never be seen by the same people!), and so on.  I actually developed a nice little dress-division scheme to justify it all.  Here’s an example: If I spent $200.00 on a dress (did I just say $200.00?), I would tell the girls that we had to get at least 4 occasions from that one dress.  This, I must say, was ingenius… because rather than spending $50.00 on each of 4 just-ok dresses, they would get one spectacular dress!  Yes.  Are you understanding?!  Hey, I even wore more than a few of those dresses myself to various functions… making the dress-division scheme all-the-more-economical!

Take this dress, for example.  The white one with the back open down-to-there, covered with tiny, sparkling sequins and slit up-to-there on one side.  “How much did it cost?” you ask? Let me explain! I bought it for Jane’s Winter Solstice high school dance… and then Audrey wore it to a formal dance at Brown that same winter.  Jane then wore it to a friend’s senior prom that spring, and Audrey wore it to a formal dance at her then-boyfriend’s college a couple of weeks later.  Shared.  4 times.  (Actually, that was a 5-er… because one of Jane’s friends borrowed it for her senior prom the following spring.)  This brings the grand total of each share–wear to $80.00. 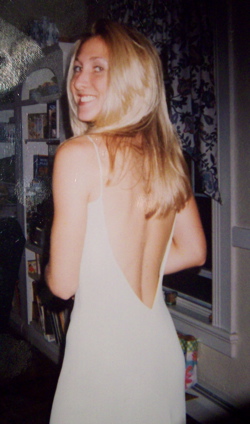 This next dress is my All-Star.  I bought it in New York City at a small boutique… for a campus dance.  It fit Audrey like it was designed for her.  It cost like it was designed for her.  But of course it wasn’t, because I knew Jane would be wearing it, too.  Well, that little blue dress with its classic, sensual, alluring fit literally “fit” 20 occasions.  Count ’em.  20.  Audrey wore it.  Jane wore it.  I wore it.  Again and again and again.  In fact, I still have this dress in my closet.  I don’t even have to go into how it can be dressed up or dressed down… well, you get it.  OK.  You want to know how much it cost.  In my world, $20.00/share-wear. 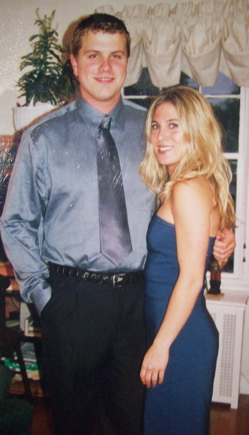 It’s all about the sharing.  Now, aren’t you happy at how well your daughter learned this particular fashion tip!?

“How much did it cost?” was last modified: February 9th, 2010 by Sharon Couto
SHOWHIDE Comments (8)

“How much did it cost?” was last modified: February 9th, 2010 by Sharon Couto