I was running on the treadmill at the gym today (I hate the treadmill, but it was just too icy to run outside) and a song came on my iPod that I hadn’t heard in awhile – When You Were Young by The Killers.

A little back story here. Usually I have my Playlists all set up for my outside runs (I’m training to run a marathon in May – as long as my IT band, shins, ankles can continue to at least entertain my pleas to cooperate) so I can rock out while I’m in my running groove. But my iPod mini, which is almost 4 years old, has apparently decided to quit me. Even when I’m at full battery, it will tell me that I have no battery power and proceed to cease playing. At the gym, though, I can hook it up to the treadmill, where it miraculously decides to work. IN THEORY, I can just use the treadmill’s touch screen to play my Playlists. However, given that I sweat when I run and basically create chaos when I try to touch the screen to program my iPod songs, I just plug it in and let it decide whichever songs it wants to play. At least I have music to run to.

So, that’s the story behind why When You Were Young just kind of randomly made its way into my run today. It made me smile, though, because I had written a blog post awhile back inspired by that song, particularly these lyrics: “And sometimes you close your eyes/ and see the place where you used to live/ When you were young.” The post was about my childhood home and my memories there. It caught the eye of an AP reporter, Melissa Dutton, who was doing research for an article she was writing on the connection some people feel to their childhood homes. She interviewed me and I was featured in her article, which was picked up by The Washington Post and CNN.com, among other news media, including my hometown paper, The Providence Journal.

Which brings me to the point of this post. Not only was my story featured in the article, but my photo was featured prominently, as well. We have kept in touch with the people who bought my childhood home, and they allowed an AP photographer, Stew Milne, to take some pictures of me at the house to accompany the article.

So today when that song popped up on my iPod, it made me think back to when I made the trip back to my childhood home to take those photos. And it just so happened that those photos were taken exactly one year ago tomorrow, January 30. I remember the exact date because it is my doggy Ryder’s birthday (yay!), and after those pictures were taken I had gone back to my own house and had a little doggy birthday celebration for her.

I also remember that when I was getting dressed the morning those photos were taken, I could hardly get the pants I wanted to wear up around my hips. And they definitely wouldn’t zip. I remember being depressed about that.

So when that song came on today, as I was running, I thought about the difference a year makes. Specifically, I have gone from this, on January 30, 2008: 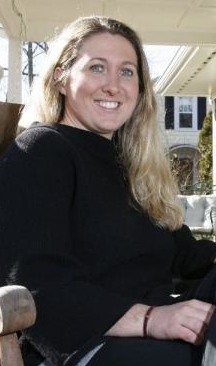 Please understand, I am not one to toot my own horn. Ask anyone who knows me – I cannot take a compliment. But I’m happy about what I’ve accomplished. I’ve lost somewhere between 20-25 lbs. (I think – I don’t like to weigh myself so I’m not exactly sure), and it’s been through hard work and determination. Running. Spinning. Eating better.

I love that those pants that wouldn’t zip are now loose on me. But most of all, I love that I’m proud of myself.

What a difference a year makes (in lbs.) was last modified: July 27th, 2017 by Jane Couto Govednik
SHOWHIDE Comments (20)

What a difference a year makes (in lbs.) was last modified: July 27th, 2017 by Jane Couto Govednik