The CVS/Caremark Downtown 5K winds through the beautiful and historic streets of downtown Providence. This past Sunday, the CVS 5K kicked off under a spectacular blue, sun-filled sky. More than 8,000 runners registered for the race, including more than 6,000 for the main race event. The starting field included eight Olympic runners, including Massachusetts’s Shalane Flamagan, a bronze medalist in Beijing, and Anthony Famigletti, who represented the United States in the steeple chase in Beijing. Also running was Joan Benoit Samuelson, the first woman to win the Olympic Marathon in 1984.

The air was electric with excitement, starting with the earliest race at 8:00 am for the 1-3 year old runners in the 100-yard dash. And our family was there, right from the beginning…

William, coming in to tie for 1st place in 1-3 year old division. 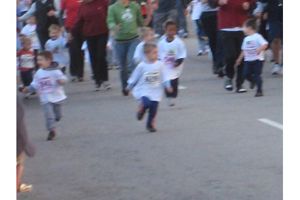 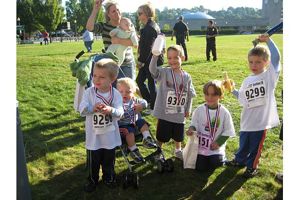 The running Granddaughters… Taylor and Maddie (both 7) 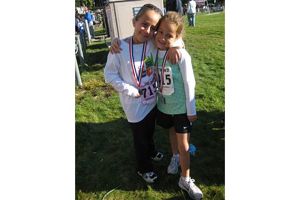 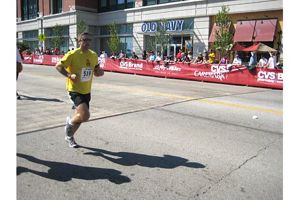 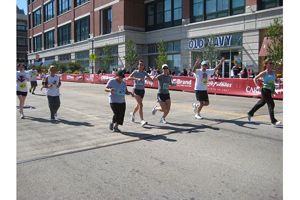 Cousins cheering on the runners! 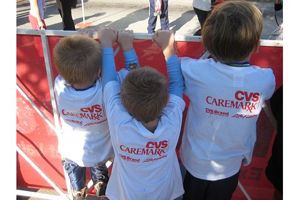 The road race did go to the two Olympians… but the organizers and sponsors of the race made each runner and spectator, young, old and otherwise, feel like a champion!

The CVS/Caremark Downtown 5K is a family affair… was last modified: February 9th, 2010 by Sharon Couto