There are so man great things to do in Cape Cod

Barry and I spontaneously took off this past Tuesday and headed to Cape Cod, or, as we New Englanders say, “the Cape.” The day was glorious… warm, breezy, beautiful sun in the big old blue sky.

Our plan was to head all the way to the tip of the Cape, to Provincetown, but a 13-mile construction warning detoured us to Hyannis. Ah… Hyannis. The home of the Summer White House all those decades ago. After we secured a great 2-night room, we headed right to the harbor for some lobstah and beers. As soon as we sat down, a monstrous rainstorm moved in and made for the best thunder and lightning we had ever experienced. And as we finished our lunch, the sun made her glorious appearance once again. Perfect for a boat ride around Hyannis and Hyannis Port … and perfect to catch a glimpse of the Kennedy Compound and an era gone by. 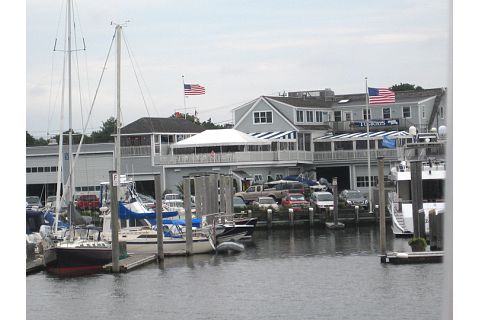 As we were coming back into the harbor, the sun took her hiding place behind some ominous black clouds… and as soon as we were off the boat, another thunder and lightning storm hit. This time, the sun pushed away the storm and made her appearance with the most brilliant rainbow I have ever seen. 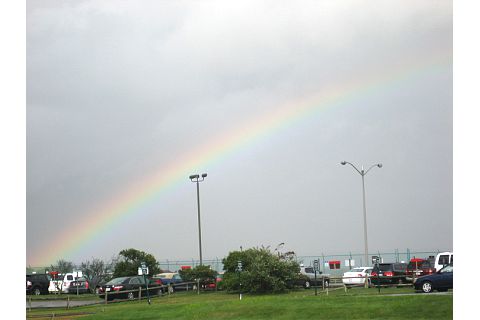 That night… lobstah for dinner, while watching the sun and her magnificent show of setting in the East. 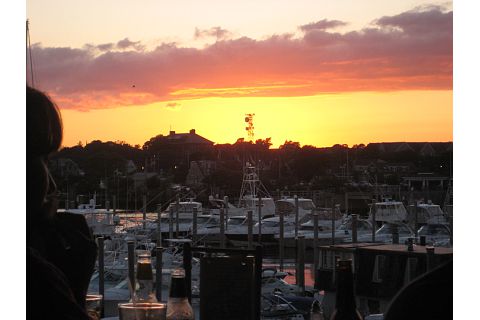 On Wednesday, we were up bright and early for a ferry ride to Nantucket. I have lived in New England for more than four decades, and I have never been to Nantucket, nor had Barry… so this trip was exciting. Two glorious hours on the ferry then brought us to the most stunningly beautiful island. We stepped off the ferry onto ageless cobblestone streets, exquisite little shops, the sounds and sights of a New England beauty, and little restaurants tucked here and there. We stopped for lobstah, of course, before taking a wonderful tour of this most enchanted and historic island. At the end of our day on Nantucket, our ferry ride back to Hyannis was spent quietly reading the books we had purchased on the island. My book is Nathaniel Philbrick’s In the Heart of the Sea: The Tragedy of the Whaleship Essex, a book about the story of the people and the ship from Nantucket… a book that tells of the adventure, saga, tragedy and truth of the whaling village of Nantucket in the early 19th century. 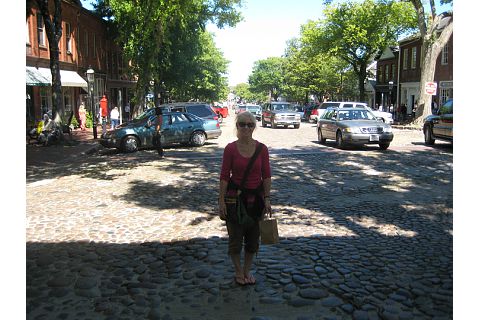 Yesterday was our last day on the Cape, and we did decide to head to Provincetown, traffic and all. And lo and behold… what a day it was. Again, a deliciously warm sun, more lobstah, and it just happened to be the day of the Provincetown Carvival Parade, the 30th year of the most fabulous Mardi-Gras-like parade through town. If a picture tells a thousand words… well, need I say more? 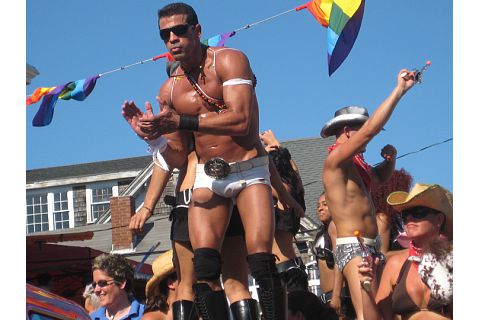 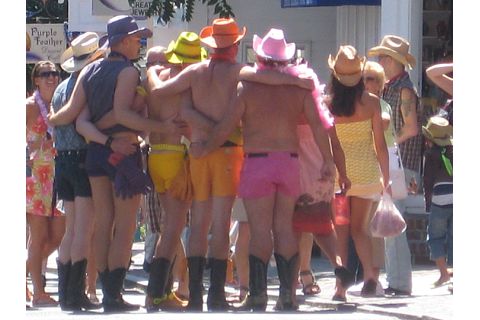 To the Cape… you have given me back my spirit after a very sad time for my family. Your beauty and serenity has enriched me. Your fabulousness has re-invented me.

So… “If you’re fond of sand dunes and salty air, Quaint little villages here and there… You’re sure to fall in love with old Cape Cod.”

Things To Do In Cape Cod was last modified: October 4th, 2019 by Sharon Couto
SHOWHIDE Comments (7)

Things To Do In Cape Cod was last modified: October 4th, 2019 by Sharon Couto