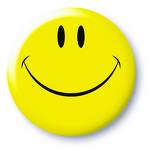 Last night I took a trip to Target.

No kids.  No time restraints.  No husband.

(Let me bask in that moment for a second, again…)

I was there for a whopping hour and a half.  I perused every aisle.  Bought what I went for – formula, diapers, wet wipes, extra binkies and sippy cups.  And bought what I didn’t go for – flip flops, magazines, tank tops and even a bathing suit (praying it fits… I didn’t have the patience to try it on!).

As I was looking at some of the baby gear (high chairs and exer-saucers) for Henry (the little guy deserves some new things, right?), I noticed that a pregnant woman was next to meet checking out some of the baby swings.

She was 7 months pregnant with her 3rd baby.  Her first boy.  When we first started to chat – which began when she asked my recommendation on a color choice between 2 swings she was looking at – I could tell she was in a rush.

After we had chatted for about 10 minutes… she pony-ed up.

“I told my husband I wouldn’t be long gone… he’s home alone with the girls.”

Then we started to giggle.

Here she was.  Pregnant.  Rushing.  Because her husband was home alone with his daughters.

So she stated the obvious – “I actually asked him if he wouldn’t mind watching the girls while I popped out for a little.”  Yes, as if he IS a babysitter, not the DADDY!

Then I had to admit, I do the same thing at times.

And it’s not like I completely mean to… it’s just that whenever I go out… I always ask Matt if he can watch the boys.  The funny thing is, I KNOW he is going to be home.  I KNOW he has no plans.  So… the question should be posed, “Why am I asking?”

He doesn’t ask me to watch the boys.

And I’ll go even further.  Before even heading to Target last night, I fed the boys.  Bathed the boys.  And got the boys in their jammies.  All 4 of them.  Emptied the dryer and folded the laundry.  Even emptied the dishwasher.

Because (sorry, honey…) there have been times when I come home from being out, and the boys are sleeping in the clothes they had on all day.  Yes, all day.

So as my new friend and I began to stroll Target together… I couldn’t help but think how funny it was in how we connected.  Through our husbands.

The best daddys in the world… and the best husbands… but here we both were, enjoying some time out and about by ourselves – but still glued to our cell phones.  You know, just in case… !

*When I got home, I noticed blue ink on Benjamin’s face while he was sleeping in his crib.  Turns out he was trying to eat a dyed macaroni necklace that William had made for me at pre-school.  The “blue ink” was the remnants of the blue dye.  Ahh… never a dull moment.  Never a dull moment!*

I want to thank my new friends at Stop & Shop for inviting me and my mother yesterday to their event in Boston at Rialto in the Charles Hotel.  The food was delicious.  The networking was fantastic.  And the presentation was excellent.  We will be blogging more about it this week!

"Honey, can you babysit?" was last modified: July 28th, 2017 by Audrey McClelland