As many of you know, we have Tweightloss Challenge #1 in full force! I started it with a couple of women on Twitter one night in my efforts to shed this extra baby weight.

I thought if we can motivate and inspire each other each night through Twitter updates, why not go for it. After all, we’re on Twitter every night – we may as well be making ourselves accountable to SOMEONE! 🙂

But I’ve been getting a bunch of emails from people asking how the idea initially came to be.

The truth is, it all boils down to my husband.

And he’s finally given me permission to mention it on my blog.

How does it boil down to my husband?

He has lost 66 pounds in 2 months. Yes, 66 pounds. In 2 months. With watching his diet and exercising, he truly has transformed himself into another man. People that we have known for years don’t even recognize him at first sight, it’s that much of a transformation.

His drive. His dedication. His blood, sweat and tears. His actual accomplishment. It has been (and is) contagious.

A week and a half ago when he was running on the treadmill at 9pm, I got on Twitter and started asking some of my “friends” if they wanted to join me in losing some weight. I knew I needed some help from my friends… my Twitter friends… and I knew that these “people” out there in Twitter cyberspace, who truly don’t know me… and don’t know have anything to lose asking me every night if I worked out and ate healthy… I knew these were the people I needed to have push me and keep me on the right path.

So thank you to my husband for motivating me here at home. I am so proud of you. And so happy for you that you accomplished your goal. You are an amazing man. 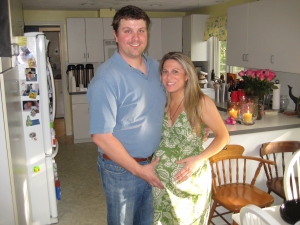 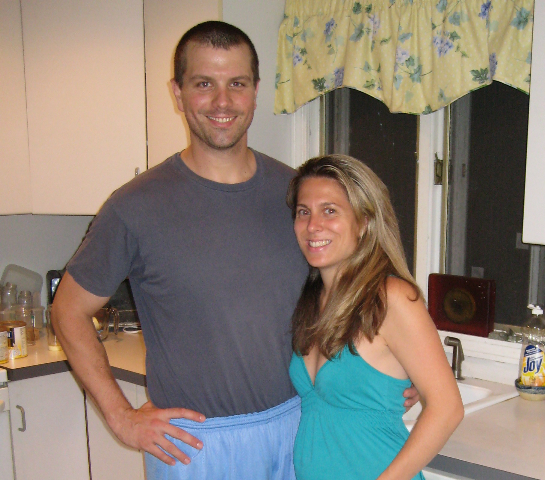 I guess you can say we’ve both shed some weight. Mine is called: HENRY! 🙂

*If you would like to join Tweightloss Challenge #2, email me at:  tweightloss [at] gmail [dot] com.  We start Monday, August 11th!

Before and After was last modified: February 9th, 2010 by Audrey McClelland
SHOWHIDE Comments (41)

Before and After was last modified: February 9th, 2010 by Audrey McClelland